The Story of Good Intentions That Ended Well

The Story of Good Intentions That Ended Well 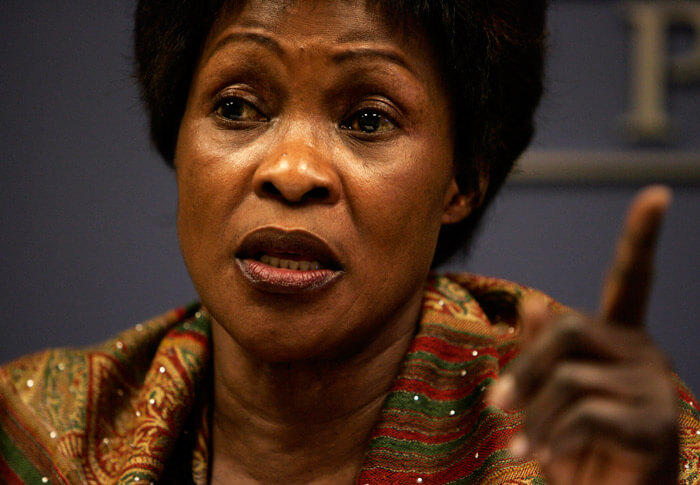 Betty Bigombe had already hiked eight miles through the jungle, and there was still no sign of life. She was no stranger to a long walk — growing up in northern Uganda, she’d walked four miles each way to school. She subsisted on one meal a day in a communal homestead where her uncle had eight wives.

Now she had made it all the way to the Ugandan Parliament, and she was undertaking a challenge that none of her colleagues would brave: Trying to make peace with a warlord.

Joseph Kony was the leader of the Lord’s Resistance Army. He and his rebel group would eventually be held responsible for murdering more than 100,000 people, abducting over 30,000 children, and displacing over two million Ugandans.

In the early 1990s, Betty convinced the Ugandan president to send her in to see if she could stop the violence.

When Betty finally made contact with the rebels after months of effort, they were insulted at the prospect of negotiating with a woman. Yet Betty negotiated her way to getting permission to meet Kony himself. Soon he was referring to her as “Mummy,” and he even agreed to leave the jungle to start peace talks.

Although the peace effort didn’t succeed, opening Kony’s mind to conversation was a remarkable accomplishment. For her efforts to end the violence, Betty was named Uganda’s Woman of the Year. When I spoke to her, I asked how she had succeeded in getting through to Kony and his people.

The key, she explained, was not persuading or even coaxing, but listening.

Think about how rare good listening is. It’s common for doctors to interrupt their patients within 11 seconds, even though patients may need 29 seconds to describe their symptoms. And among managers who had been  rated as the worst listeners by their employees, 94 percent of them evaluated themselves as good or very good listeners. In one poll, one-third of women said their pets were better listeners than their partners.

Listening well is more than a matter of talking less. It’s a set of skills in asking and responding. It starts with showing more interest in other people’s interests, rather than in trying to judge their status or prove our own.

When we’re trying to get people to change, that can be a difficult task. Even if we have the best of intentions, we can easily slip into the mode of a preacher perched on a pulpit, a prosecutor making a closing argument or a politician giving a stump speech. We’re all vulnerable to the “righting reflex,” as psychologists William Miller and Stephen Rollnick describe it — the desire to fix problems and offer answers, but a person who’s skilled in  motivational interviewing resists the righting reflex. Although people want a doctor to fix their broken bones, they often want sympathy rather than solutions when it comes to the problems in their heads.

In a series of experiments, interacting with an empathetic, nonjudgmental, attentive listener made people less anxious and defensive. They felt less pressure to avoid contradictions in their thinking, which encouraged them to explore their opinions more deeply, recognize more nuances in them, and share them more openly.

Psychologists recommend practicing this skill by sitting down with people whom we sometimes have a hard time understanding. The idea is to tell them we’re working on being better listeners, we’d like to hear their thoughts and we’ll listen for a few minutes before responding.

Many communicators try to make themselves look smart. Great listeners are more interested in making their audiences feel smart.

That’s what Betty Bigombe set out to do in Uganda. Betty started traveling through rural areas to visit camps for internally displaced people. She figured some might have relatives in Joseph Kony’s army and might know something about his whereabouts. Although she hadn’t been trained in motivational interviewing, she intuitively understood the philosophy. At each camp, she announced to people that she wasn’t there to lecture them but to listen to them.

Her curiosity and confident humility caught the Ugandans by surprise. Other peacemakers had come in ordering them to stop fighting. They’d preached about their own plans for conflict resolution and prosecuted the past efforts that failed.

But Betty did not tell them what to do. She just waited patiently sitting in front of a bonfire. Upon being often insulted, she quietly responded: ” If you want to call me names, feel free to do so.  If you want me to leave, I’ll go.”

She demonstrated her peaceful intentions and commitment to peace. She stayed, even without proper food and sanitation. People were invited to tell their grievances and they told her it was refreshing for an outsider to give them room to share their views. Eventually the reconsidered their resistance towards her.

People in the camps ended up calling Betty “megu,” which translates literally to “mother”. It’s also a term of endearment for elders. Bestowing this honorific was particularly striking given that Betty was representing the government, which was seen as the oppressor in many of the camps. It wasn’t long before people were offering to introduce her to coordinators and commanders in Joseph Kony’s guerilla army.

As Betty muses, “Even the devil appreciates being listened to.”