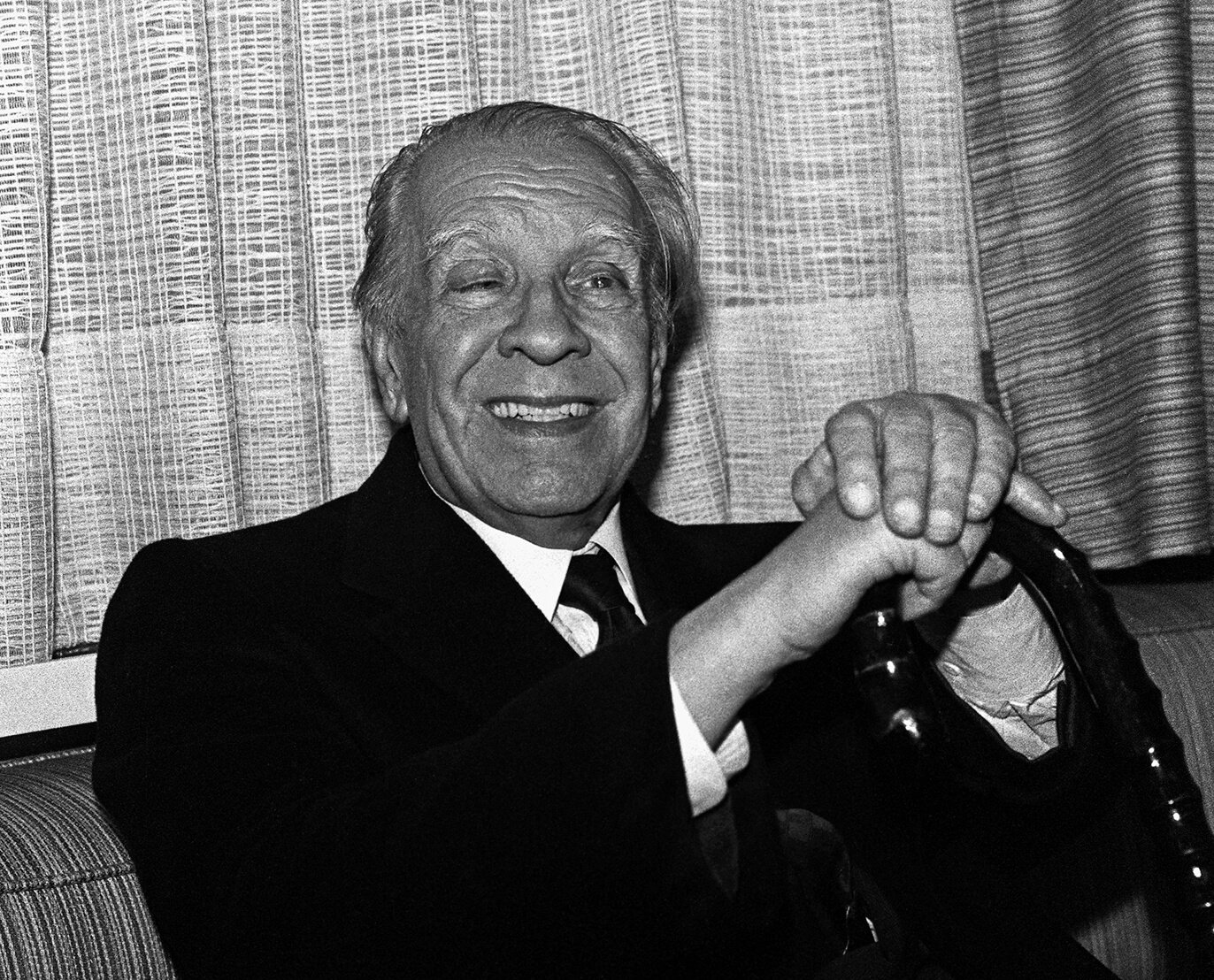 During the 1978 World Championships soccer in Argentina, I was hired by the KNVB not only because I lived in Buenos Aires and worked as a sports reporter for the NOS, but also and especially because I knew chairman, Wim Meulemans, from his time in Suriname.

I also had several other clients for whom I was allowed to publish to my heart’s content and often on my own initiative. In Buenos Aires, I was not very far from the apartment of Jorge Luis Borges, who lived with his housekeeper just around the corner from the Maipu and Plaza San Martin.

He once touched my heart, when I had asked if it was not time for him to receive the Nobel Prize and he replied that those old guys in Europe simply overlooked his candidacy.

While he was already old at 79 years old, I could come back at any time to listen to his stories.

He also once welcomed a French intellectual into his home who asked if he had ever written a play for theater. No, not that, he replied, but a movie.

Another direct hit right in the heart.

“Yes,” he says and allows the conversation to take on a life of its own, “I love movies, especially westerns. I wrote a screenplay and it was rejected with enthusiasm. Or rather, I was told: it is perfect, fantastic, you just have to change the subject and the characters […] and the environment.

” It was a narrative scenario, he says, set in the suburbs of Buenos Aires. It was about people with long and dangerous knives. The intellectual shakes his head in disbelief.

“Westerns,” he says questioningly, almost not understanding. That is astonishing. I never ever thought of you. ‘ And then Borges humbly apologizes. ‘ See. I disappointed you. I shouldn’t have. I should have been much, much more like Borges. But I am a little tired. C’est juste que je suis un peu fatigué ‘.

Borges is concerned here with the problem of the romantic: the obligation to always be yourself.

Always having to look like yourself, while you feel like being a different one every day, or maybe just yourself again and again, but without such a thing leading to objections.

Exploring your inner wealth does not seem to combine with your membership of society. The dinosaurs were not bothered by it, but human civilization comes with duties, many duties, and the task of being simple and unambiguous is one of them. For Alain Ehrenberg, “la fatigue d’être soi” means the exact opposite.

Jorge Luis Borges, the writer, is too tired some days to curb his inner riches, swallow his mad plans and reduce his many guises to one. In Ehrenberg, mankind is tired of the obligation to increase his inner wealth, to undertake wild adventures and to keep many selves in the air at the same time.

And Borges wants to live more lives, the tired Ehrenberg man wants less. I always loved Borges in the past. Whenever I come to Buenos Aires, I can almost always be found to have breakfast in the La Biela, cafe and restaurant where he also came and is now honored with a bronze statue. Its unique and sovereign romance. The thought that one day you could write a western and the next a cryptic and almost incomprehensible story about labyrinths.

But later in society I also learned to recognize Ehrenberg’s fatigue. In a culture that promotes autonomy, the individual is expected to mold and perfect himself – which irrevocably fails.

I myself would have thought in the past that that is the great advantage of the future, but I now also understand that it is a disadvantage.

Especially if that future becomes your responsibility and you are expected to shape it. Another ethicist wrote in Freud’s day that spiritual suffering arose from your relationship with your past.

However, the modern depression is a consequence of the future. “The pressure of reinventing himself tomorrow puts the sovereign individual in a perpetual state of war with himself.”

Sometimes that self-righteousness implodes. Then it will no longer be possible to create a new self for the new era.

It was strange. To hear this text from a toddler. Making inquiries was not entirely possible, but undoubtedly came from his father, because he did not trust me as a representative of the mainstream media.

It made communication somewhat one-sided, but I kept thinking about it. ‘ Leave me alone’. What had I done to disturb his fathers peace? I had written about the future, which is uncertain, and I had left it open.

He was right, of course.

Not everyone can constantly afford the luxury of a new self for a new time. Every now and then you have to ground yourself in the present. That is what Alain Ehrenberg says about depression and society. How tiring it can be to just be yourself. But sometimes also liberating.