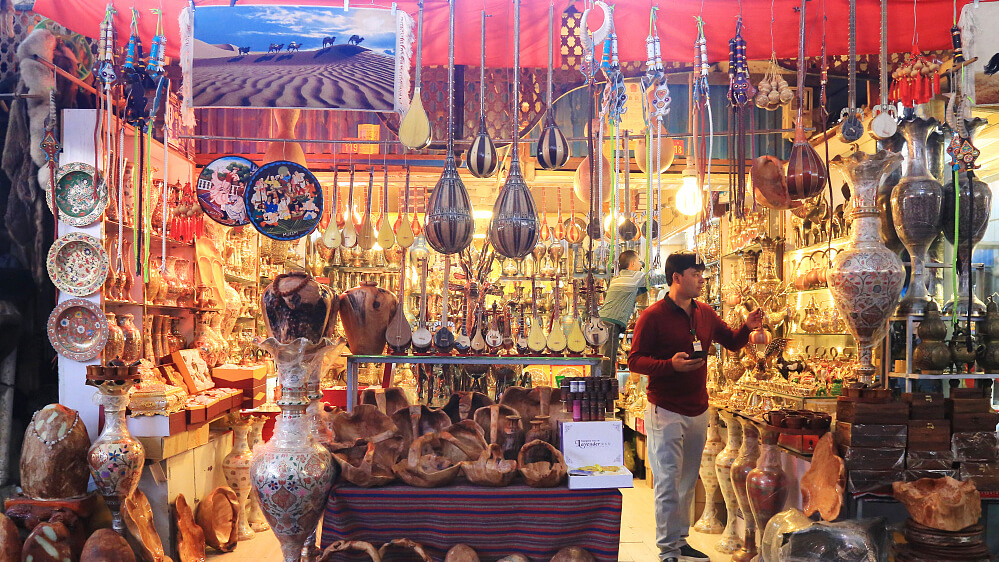 Kindergartens, handicrafts markets, high-tech companies, hydroelectric dams … political indoctrination camps? These are some of the sights international journalists are whisked around when they take part in all-expenses paid tours to China. The motive of these invitations is, in the mantra of Chinese president Xi Jinping, to “tell a good China story” to the outside world.

In the past, that good China story would have been told through clumsy Communist party propaganda broadcast on its state-run news outlets. But during our research for the International Federation of Journalists, we found that Beijing is increasingly outsourcing the storytelling to foreign journalists, who often end up amplifying its messages in their own languages in the pages of their own news outlets.

At one roundtable discussion in Myanmar, all journalists present had been on all-expenses paid tours to China. One had been nine times. This was when we realized just how systematic and sophisticated China’s global outreach campaign had become. In fact, journalists in half the 58 countries we surveyed said they’d been on such trips. Much of the reporting that came out was positive. While some were bowled over by China’s modernity and technological developments, others said they’d signed agreements promising not to write critical reports. It’s worth noting that at a time when foreign reporting budgets are shrinking, almost all those who took part believed these tours to be beneficial to their national media.

More than 120 US journalists have also been on such tours, as well as at least 28 Australian journalists.

However, our analysis suggests that Beijing is targeting journalists from developing countries with repressive, ineffective governments, in particular those who have signed up to its massive global infrastructure project, the Belt and Road Initiative. Under the title of “Silk Road Celebrity China Tours”, Beijing has even taken Muslim journalists to visit the re-education camps where it’s holding as many as 1 million Uighurs. In many cases, the reports they then wrote faithfully repeated Beijing’s talking points. “They all wrote about how beautiful [Xinjiang is] or certain stories praising China for cracking down on terrorists,” one Filipino journalist remarked.

Across the globe, journalism unions and organizations are having their needs – whatever they may be – met by Chinese entities, often with the involvement of local Chinese embassies. This spans the whole gamut from a couple of computers and tape recorders donated to one journalism union in tiny Guinea-Bissau, all the way up to a state-of-the-art studio built with Chinese funding for the Kenya Broadcasting Corporation. A third of the journalism unions surveyed had been approached to sign memorandums of understanding with Chinese entities.

China’s involvement in media overseas is growing almost faster than it can be tracked. There are co-productions, joint ventures, Chinese-sponsored television and radio shows, and even Chinese-funded news outlets such as the Pauk Phaw newspaper in Myanmar. Chinese companies are also using apps and browsers to capture digital audiences. In India, the UC News browser – which is in Hindi and 15 other local languages – has 50 million users. Despite clashes on the border, it is hard to find a single story on China-India border tensions.

Such media ventures risk becoming chokeholds on global news delivery systems, potentially denying other narratives outside Beijing’s favored version while embedding Chinese influence in media ecosystems far outside its borders. In this way, Beijing is reshaping the global news landscape. We often use English-language output as our yardstick, yet Beijing’s inroads in other languages has gone largely unnoticed. In recent months, disinformation campaigns are being waged not just in English, but in other languages such as Italian and Arabic. The ultimate aim is both ideological and geopolitical; China is pushing its own model of journalism as an alternative to the liberal western way of reporting, at the same time as hoping to translate positive coverage of its projects into votes in its favor in multilateral institutions such as the United Nations.

At a time when news organizations are being pauperised, reporters who accept Chinese hospitality may risk compromising their own journalistic ideals. It is perhaps hubris that independent-minded reporters believe they can take part in these tours without internalizing Beijing’s messages. Yet their very presence makes them tools of a Chinese state that uses them in domestic propaganda to shore up its own legitimacy. As China multiplies its investment in international journalism, this growth reflects its supreme power.

Thanks to Ms.Louise Lim in HongKong

China Indoctrination The Boys from Beijing