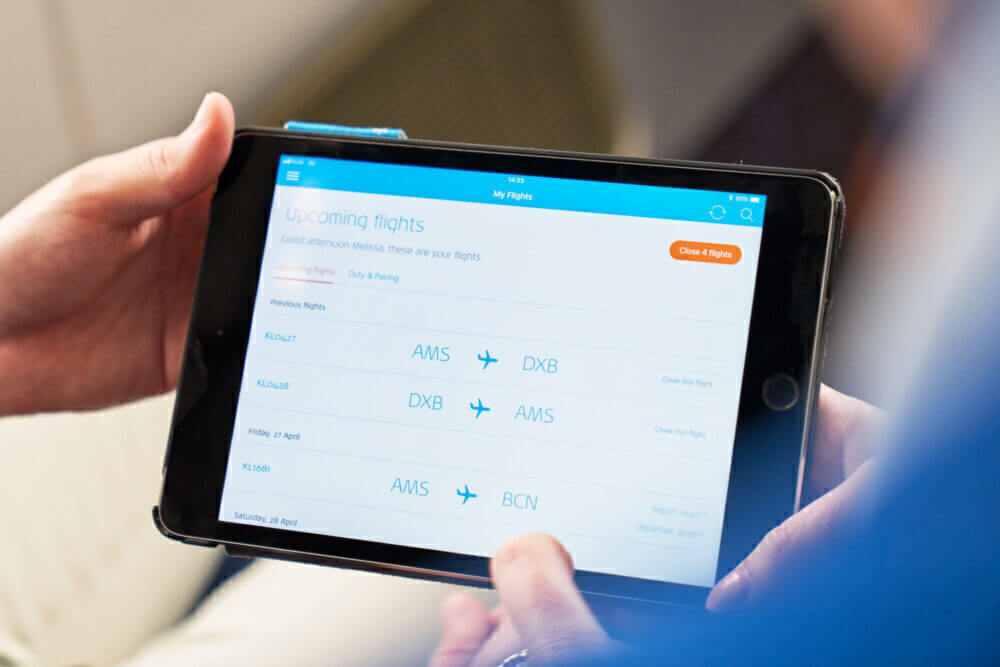 Amsterdam, January 2, 2023– Starting this month, KLM will test whether it is possible to allow passengers to make massive use of WiFi during intercontinental flights.

The airline is going one step further than it did in April 2021. At that time, the aim was that eighteen Boeing 737-800s would be equipped with WiFi equipment by the end of that year.

Passengers could use three Internet packages on a number of European flights: Messaging, Surf and Stream.

With the first, travelers get the opportunity to send free messages via WhatsApp, Facebook Messenger, WeChat and more, with the second they could shop online and watch films with the third.KLM test flights
The latter should also be possible from today 1 January 2003 for long KLM flights on board the Dreamliner.

All travelers must be able to use an internet connection during the test flights to try out streaming services.

The question is whether the concept will be continued as a result of this trial. The introduction of WiFi entails high costs and the test results must show whether people will actually use it.

“Some airlines show advertisements, but that is not our preference. We are still looking into how to solve that. The test is part of that.

The test is free, but the question is: what will customers be willing to pay for it and under what conditions?’

Currently, travelers have to pay extra for WiFi with many airlines.

It is really very difficult and an enormous task to ensure a good internet connection on the plane.

This is because the connection to WiFi takes place via a tower on the ground or a satellite.

The problem, however, is that the antenna on the underside of the aircraft has to reconnect to a new tower every time. Sometimes they aren’t even close.

A kind of dome on top of a device can connect to a satellite. The distance between the machine and the satellite is so great that fast Wi-Fi cannot be guaranteed.

KLM will mainly use the latter, better known as the Wireless Access Point (WAP). “Almost all companies offer Wi-Fi, but giving all customers the opportunity to stream movies en masse is still five steps ahead. The question is whether that will ever happen and whether it will be necessary,” says Yann Cabaret, director of IT provider SITA Aero.