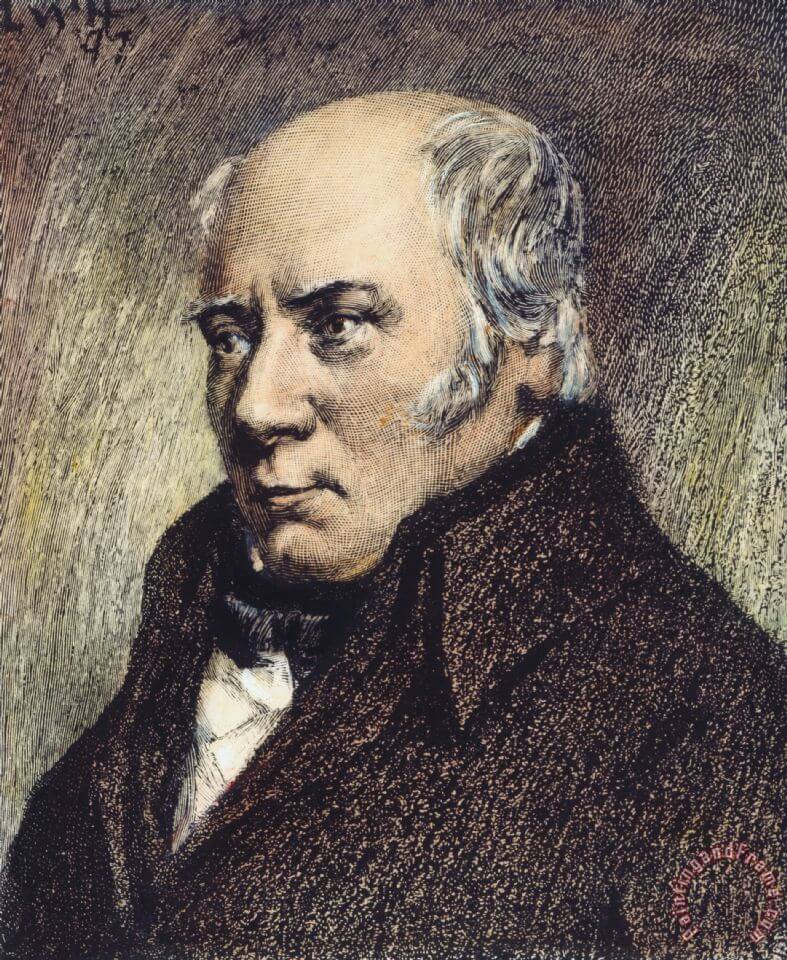 Amsterdam, October 21st 2021– The story of William Smith is simply fascinating: the orphaned son of an English country blacksmith, who became obsessed with creating the world’s first geological map and ultimately became the father of modern geology.  Craters on Mars named after him as well as an annual lecture of the Geological Society.

In 1793 William Smith, a canal digger, made a startling discovery that was to turn the fledgling science of the history of the earth — and a central plank of established Christian religion — on its head.

He noticed that the rocks he was excavating were arranged in layers; more important, he could see quite clearly that the fossils found in one layer were very different from those found in another. And out of that realization came an epiphany: that by following the fossils, one could trace layers of rocks as they dipped and rose and fell — clear across England and, indeed, clear across the world.

Determined to publish his profoundly important discovery by creating a map that would display the hidden underside of England, he spent twenty years traveling the length and breadth of the kingdom by stagecoach and on foot, studying rock outcrops and fossils, piecing together the image of this unseen universe.

In 1815 he published his epochal and remarkably beautiful hand-painted map, more than eight feet tall and six feet wide. But four years after its triumphant publication, and with his young wife going steadily mad to the point of nymphomania, Smith ended up in debtors’ prison, a victim of plagiarism, swindled out of his recognition and his profits.

He left London for the north of England and remained homeless for ten long years as he searched for work. It wasn’t until 1831, when his employer, a sympathetic nobleman, brought him into contact with the Geological Society of London — which had earlier denied him a fellowship — that at last this quiet genius was showered with the honors long overdue him. He was summoned south to receive the society’s highest award, and King William IV offered him a lifetime pension.

His story is, at its foundation, a very human tale of endurance and achievement, of one man’s dedication in the face of ruin and homelessness.

The world’s coal and oil industry, its gold mining, its highway systems, and its railroad routes were all derived entirely from the creation of Smith’s first map.; and with a keen eye and thoughtful detail, writings about him unfold the poignant sacrifice behind this world-changing discovery.

William Smith  was born on March 23, 1769 and he lived until August 28, 1839. He was an English engineer and geologist, the very first to propose that fossils occur in a particular order in rock strata.

He therefore is called the ‘father of stratigraphy’. He also made the first geological map. During his lifetime, his work was heavily plagiarized, which ruined him financially and landed him in jail. It was not until later in his life that people began to appreciate his work.

Smith worked as a surveyor from 1787, including for the company that built the Somerset Coal Canal. Through his work for the coal mines he became interested in the succession of layers in the rock in which the coal was found. He noticed that the order of the layers was not random and repeated itself often. He also found that the fossils in each layer were different.

In several places a layer could be recognized by the fossils contained therein. He therefore classified strata (layers) on the basis of the fossils they contain. His hypothesis was that there was a sequence in the occurrence of fossils. Later, German geologist Leopold von Buch would call a fossil typical of a particular layer or formation a guide fossil.

Smith also saw that the slope of layers at the surface was sometimes small, but in layers older than the Triassic could often be much greater (in fact, he discovered the discordance caused by the Hercynian orogeny). Smith now began to investigate whether his hypothesis about the order of the fossils was correct, and at what scale rock layers continued in the subsoil of England.

To investigate this, he drew geological profiles, nicknamed Strata Smith because of his interest in rock strata. In 1799 he was fired as a surveyor. In the same year he produced the first large-scale geological map of the region around Bath. In 1815 he published the first geological map of Great Britain. He had discovered that geological layers can be indicated on a map by using different colors. Now, in addition to profiles, he also had a top view, with which layers could be traced. In 1817 he published a geological east-west profile through England and Wales, from London to Snowdon.

Because his cards were soon copied and offered at lower rates, Smith ran into financial difficulties and was eventually forced to declare bankruptcy. From 1817 to 1819 he was in prison for not being able to pay his creditors.

Then he went back to work as a surveyor.

Scientific recognition came late, partly because Smith was not of nobility, as was common in natural scientist circles at the time. In 1831 he was awarded the Wollaston Medal by the Geological Society, with the society’s president, Adam Sedgwick, calling him “father of English geology”.

In 1835 he received an honorary doctorate from the University of Dublin. He helped select suitable rocks for the construction of the Palace of Westminster.