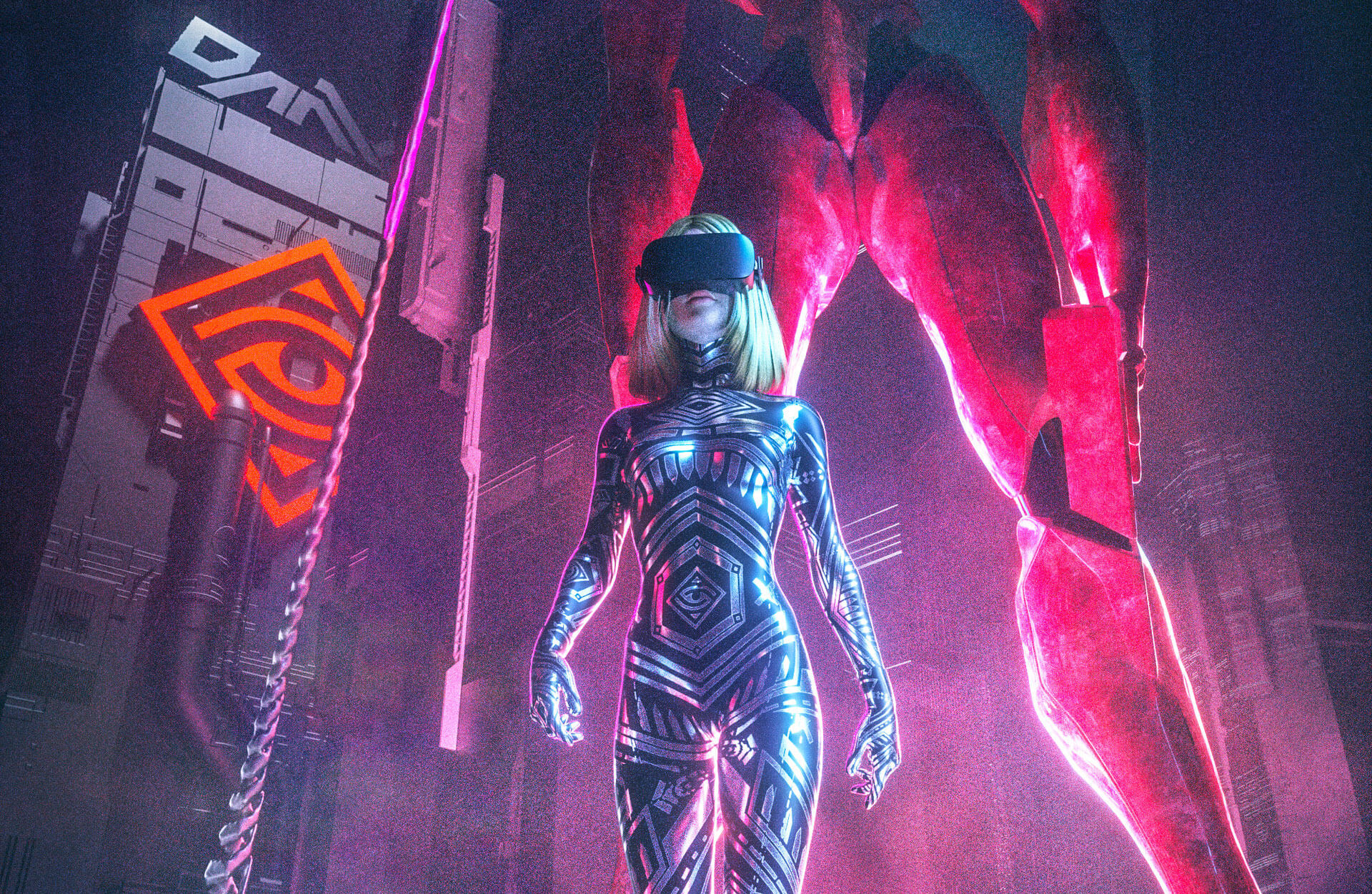 Technology is Everything and more

Amsterdam, October 29th 2021 — In other times David Eggers [ author, Boston 1970 ] wrote a worldwide best-seller The Circle. And now he comes up with ‘ Every ‘ a sequel. It’s a novel with characters that seem to have been developed by a primitive AI.

It is very worthwhile to read in order to discuss it with one another. Because with ‘ Every ‘which reads like a hyperloop,  Eggers touches every sensible mind and heart: the influence of the ubiquitous and non-stop developments of technology on our personal lives and society.

We are in a near almost immediate future where social media giant ‘ Circle ‘ has merged with Amazon, here euphemistically called ‘the jungle’.

The result is a monstrosity that dominates the entire digital domain, and of course as a consequence: the physical world.

The name of this San Francisco-based merged company? The Every, the Everything. Sees everything, measures everything, sells everything, has almost every person in the world as a customer, except the handful of eccentrics who live off-grid consciously.

The main character is Delaney, a young woman who grew up in the rugged nature of Idaho and who has had to watch as the internet giant destroyed her parents’ local shop.

Delaney is committed to destroying that company from within, and has painstakingly built a profile that appeals to the Every —Delaney’s graduate thesis was even an apology for the monopolist, coining the term “Good-willed Market Leadership.”

The idea is to infiltrate, analyze the machinery and then strike ‘like a Snowden’. Delaney no longer sees any other option than sabotage – this is a very New and very Brave World where journalism has been wiped out, information about the bad side effects of the Every, such as a high suicide rate, doesn’t reach the public, and politics is in the company’s pocket.

Save for one presidential candidate, who is expertly sewn into the suit by the Every. The action kicks off as Delaney begins the hiring process that should make her an “Everyone” – an unoriginal echo of the set-up of The Circle, in which we followed the new employee Mae Holland, who is now in charge of the Every.

During that procedure, Delaney pitches an app that she devised together with good friend Wes: Authenti-Friend.

This allows an AI to use data to determine whether a friend is a ‘true, sincere’ friend, or a hypocrite.

Delaney: “Just think how much more genuine and authentic our friendships would become if we just ran the right statistics on them.”

This immediately put her plan into action: trick the Every into rolling out services so damaging that humanity could resistance will come against the company.

Optimistic, as it turns out.

A world plastered with surveillance, where secrets are lies, privacy is theft, and people walk around with bodycams. AuthentiFriend, renamed Friendy, becomes the world’s most downloaded app, “a billion lies, big and small, were told and exposed, and humanity was engulfed in a relentless wave of sadness and suspicion.

It was much worse than Delaney could have imagined. And yet no one blamed the Every. The same goes for other ideas. Everything is made visible and decorated with shame, and that shame works as a control mechanism. Your personal carbon footprint, expressed in ‘impact stress’, eye-tracking-recorded eye movements revealing every stolen look on the chest or buttocks, the private sphere of family life, under the guise of ‘protecting children’ falls prey to in-home surveillance. No matter what Delaney and Wes try, and no matter what the Every launches, users will not revolt – no breach will go over the line. in the empathic deficit of tech billionaires.

Now we are the problem, the tame sheep that conform to the control architecture of the digital dystopia.

We can speak disparagingly about the Chinese social credit system, but we ourselves are marching gleefully into a similar future – provided that in the capitalist system determines the tech giant, not the government.

Most people, Eggers suggests, want to be liberated from freedom, from choice stress, from personal responsibility. They want order. They want safety. The best passage of Every revolves – probably a coincidence – around a real sheep.

As a new employee, Delaney is expected to organize a company outing. She takes a few dozen colleagues, who text her for pages about every imaginable trifle before the trip, to the coast of Point Reyes to watch elephant seals.

Many a participant is traumatized: due to the sight of cattle in the pasture: animal abuse!, from an invasion of the privacy of the elephant seals, from the impact stress of the electric company bus, and from a collision with a sheep, which was posthumously Athena is baptized.

The “survivors” of the outing meet several times afterwards, with each participant claiming to be “even more severely emotionally mutilated than his predecessor”. More and more extreme solutions are being proposed: don’t go to the beach, close the beach, no, don’t come near any animal anymore.

Which leads to an anti-pet movement.

Everyone has one working week to remove their animal prisoners from campus. Thank you for your Cooperation!

Every is more satirical than The Circle. Sometimes successful, often inept. The founder of the jungle (read: Jeff Bezos) contemplates retreating to the moon with his wife, the blurb begins with the statement: ‘Blank texts are never read’, reader survey has shown that 454 pages are ‘the absolute maximum’ is that a reader can endure, so that The Everything  has 454 pages.

Fiction is ‘fixed’ by the Every using FictFix algorithms: unpleasant characters are made sympathetic, offensive passages are cleared. “Our experience shows that we can correct 86 percent of all mistakes in 92 percent of the novels.” Walking opinion piece At the same time, Every, just like The Circle, has another ventriloquist dummy by Eggers himself, a walking opinion piece.

In It Everything , it is a former professor of Delaney’s, who sends long letters to her pupil. Admittedly, this Professor Agarwal is less annoying than the bearded know-it-all in The Circle, but Agarwal’s criticisms—which concern both the left and the right, and the perverse interplay between the two—would have fit better in a handy pamphlet. “Every year,” Agarwal writes, “we spend more time judging and judging each other, killing each other mentally. […] We are shrinking as a species. […]

In such a climate nothing great can arise and no authentic human life can be lived. We become tamer and more fearful by the year, by the day, every hour there is something added that we are not allowed to do or say, and anyone who does is dealt with – they are digitally sentenced to death.

But Eggers raises more. He points to the irony that emancipation movements eagerly use the architecture of the uber-capitalist enemy – and allow themselves to be used by that architecture. While the algorithms promote right-wing, anti-democratic hate rhetoric, as a recent internal Twitter investigation revealed, and as revealed by internal Facebook documents.

When Eggers speaks in Every about the misconduct of predecessor the Circle, he is clearly targeting Facebook: ‘They never seemed to regret transgressions or to care about the pernicious or adverse effects of using their products. The Circle spread millions of hate messages every day, caused unprecedented suffering and deaths, had facilitated the degradation of democracy worldwide.”

He raises the question of who is responsible for taming this monster. The users? Governments? I would say: governments, were it not for the fact that for many governments – including ours – distrust has become the organizing principle, and that they are too enamored with the possibilities offered by new technology to turn that mistrust into control. , in short, require a different government.

Every is science fiction of the ‘if this goes on’ type, close to current events.

You run the risk of being overtaken by current events while you are writing.

Random example: online exams are already taken at our own educational institutions using proctoring software, which scans the screen, student and room for ‘suspicious behaviour’.

Trying to deal with a potentially fatal image problem, Facebook has recently changed its name after considering a virtual reality internet:  Metaverse, a word borrowed from Neal Stephenson’s 1992 sci-fi novel Snow Crash, in which the world changes after the demise of governments has become the territory of private companies.

All very dystopian, but certain entrepreneurs see dystopia as a pointer. Eggers himself – also founder of publishing house McSweeney’s – made a small attempt at resistance by not distributing the hardcover of ‘ Every ‘ via Amazon, but only through the physical bookstore.

To have to come to the conclusion that in the end he can’t get around Amazon either. At least, if he wants to reach enough people to spread the message that companies like Amazon are no good.

Because that’s what Eggers is about, more than for literary considerations. Which means that ‘ Every ‘ seems to be successful.