Constant craving: how digital media turned us all into dopamine addicts

Constant craving: how digital media turned us all into dopamine addicts 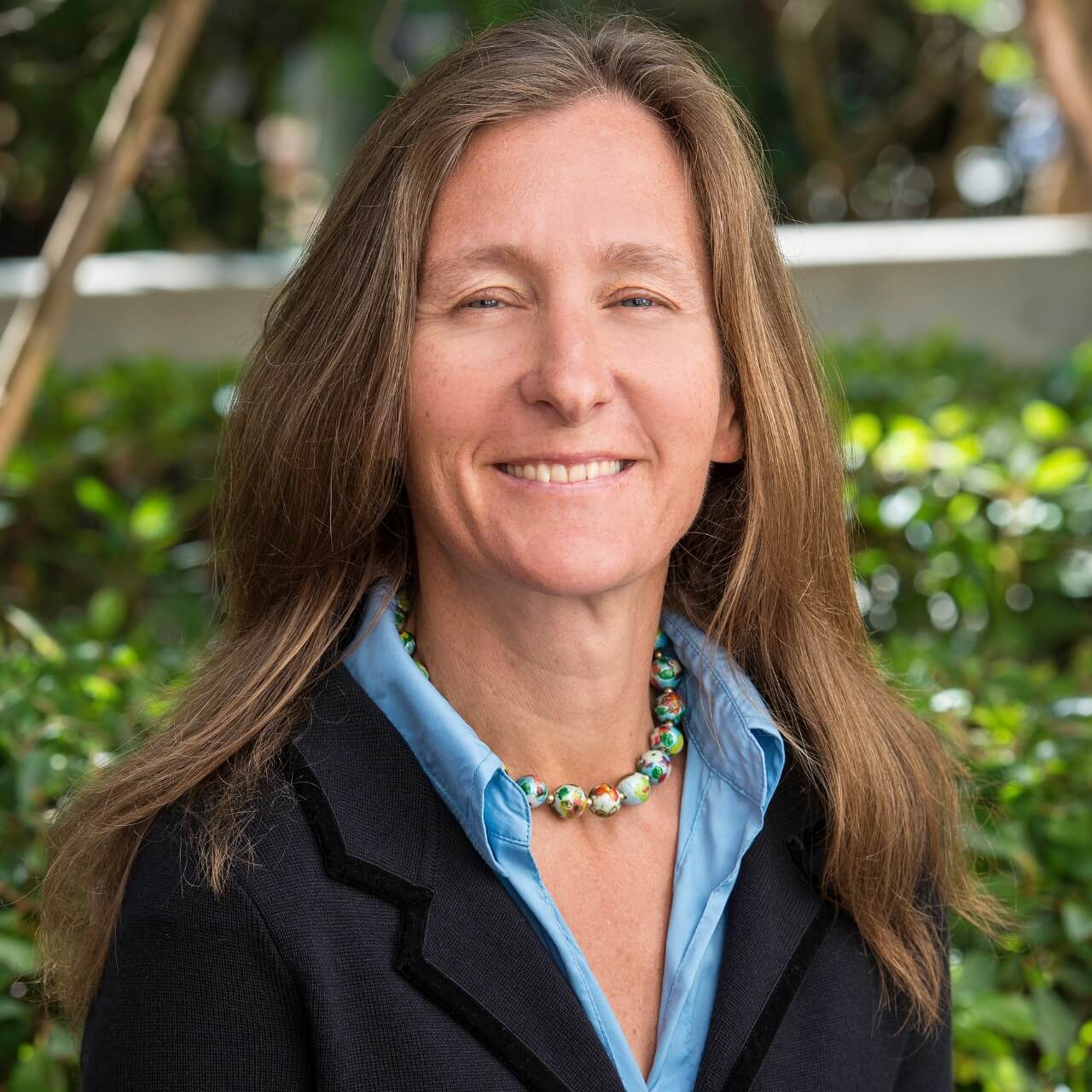 According to addiction expert Dr Anna Lembke, our smartphones are making us dopamine junkies, with each swipe, like and tweet feeding our habit. So how do we beat our digital dependency?

Dr Anna Lembke, a world-leading expert on addiction, is concerned about my “phone problem”. During our interview I confess, in passing, to having an unhealthy attachment to my iPhone, checking it every few minutes like a compulsive tic (sound familiar?) Lembke is having none of it. She wants me to abstain from using it for at least 24 hours by locking it in a drawer and going out. The first 12 hours will be filled with anxiety and Fomo, but as time unfolds, I’ll experience a sense of “real freedom”, will gain insight into my relationship with my digital companion and will “resolve to get back to using it a little differently”, she says, speaking with a soothing yet firm tone.

I’d do well to heed her advice. As the chief of Stanford University’s dual diagnosis addiction clinic (which caters to people with more than one disorder), Lembke has spent the past 25-plus years treating patients addicted to everything from heroin, gambling and sex to video games, Botox and ice baths. The bespectacled 53-year-old psychiatrist has written an influential book about the prescription-drug epidemic, delivered Ted Talks on America’s opioid crisis and appeared as a talking head in the 2020 Netflix documentary The Social Dilemma to discuss the drug that is social media. She’s a whiz on why we get hooked on things – and how we can enjoy pleasurable things in healthier doses.

“We’re seeing a huge explosion in the numbers of people struggling with minor addictions,” says Lembke.

That has consequences. Although we have endless founts of fun at our fingertips, “the data shows we’re less and less happy,” she says. Global depression rates have been climbing significantly in the past 30 years and, according to a World Happiness Report, people in high-income countries have become more unhappy over the past decade or so. We’ve forgotten how to be alone with our thoughts. We’re forever “interrupting ourselves”, as Lembke puts it, for a quick digital hit, meaning we rarely concentrate on taxing tasks for long or get into a creative flow. For many, the pandemic has exacerbated dependence on social media and other digital vices, as well as alcohol and drugs.

Addiction is a spectrum disorder: it’s not as simple as being an addict or not being an addict. It’s deemed worthy of clinical care when it “significantly interferes” with someone’s life and ability to function, but when it comes to minor digital attachments, the effect is pernicious. “It gets into philosophical questions: how is the time I’m spending on my phone in subtle ways affecting my ability to be a good parent, spouse or friend?” says Lembke. “I do believe there is a cost – one that I don’t think we fully recognise because it’s hard to [see it] when you’re in it.”

Applying lessons learned from inside her Silicon Valley office, which is furnished with a painting of giant peaches and a colourful coffee-stained tapestry, she’s urging us to make space in our brains to let our thoughts wash over us rather than constantly seeking stimulation. It might seem a little less fun and it will involve tolerating discomfort rather than seeking refuge in shiny things, but this “new form of asceticism” is, she promises, the “path to the good life”.

To understand addiction you must first understand dopamine, dubbed “the Kim Kardashian of molecules” owing to its mainstream prominence. The chemical, sometimes referred to as the “feelgood” hormone, features in countless song lyrics and its molecular structure – resembling an insect with antennae and a long tail – has even become a popular tattoo (which proves people will get anything inked on their biceps).

Rather than giving us pleasure itself, as is commonly thought, dopamine motivates us to do things we think will bring pleasure. As the brain’s major reward and pleasure neurotransmitter, it’s what drives us to seek pizza when we’re hungry and sex when we’re aroused. Scientists use dopamine to measure “the addictive potential of any experience,” writes Lembke. The higher the dopamine release, the more addictive the thing.

We experience a hike in dopamine in anticipation of doing something as well as when we do the thing itself, which makes us want to continue doing it. As soon as it’s finished, we experience a comedown or dopamine dip. That’s because the brain operates via a self-regulating process called homeostasis, meaning that “for every high, there is a low,” says Lembke. In this comedown state, “we really want that second piece of chocolate or to watch another episode,” she says, but if we’re not severely addicted, the craving soon passes.

Although dopamine was only identified by scientists in 1957, seeking pleasure is hardwired into our brains. With addiction, about 50% is down to genetic disposition, with the other 50% coming from environmental factors such as access, says Lembke. Our brains haven’t changed much over the centuries, but access to addictive things certainly has. Whereas our ancestors put all their efforts into seeking a mate and tasty food, we can find those, and much more besides, with the click of an app.

When we binge on pleasurable things, homeostasis means “our brain compensates by bringing us lower and lower and lower,” says Lembke. Each time the thing becomes less enjoyable, but we eventually become dependent on those stimuli to keep functioning. We spiral into a joy-seeking abyss. The digital world enables bingeing on a previously unseen scale because there are no practical limitations forcing us to pause. With substances, you eventually run out of money or lines of cocaine (even temporarily), but Netflix shows or TikTok feeds are indefatigable. Often you needn’t do anything: the next hit automatically loads on your screen.

As well as compromising our attention spans, Lembke says our obsession with instant gratification means we’re constantly living in our limbic brain, which processes emotions, rather than in our pre-frontal cortex, which deals with future planning and problem-solving and is important for personality development. When we’re confronted with a complex or unsettling issue in our work or social lives, our digital companions are always there to help us escape the stickiness of life with an easy distraction. (And the version of life presented on screens removes all rough edges: faces are filtered and beautiful, there are no awkward silences, and if we don’t like what we see we can simply click on another tab.)

It’s very different from how life used to be, when we had to tolerate a lot more distress,” says Lembke. “We’re losing our capacity to delay gratification, solve problems and deal with frustration and pain in its many different forms.

Want to kick your habit? Like my phone-in-locked-drawer situation, you should start with a period of fasting, from 24 hours up to one month (the longer, the better). Make sure you can’t access the thing during the first 12 hours, when cravings are most acute – willpower is only so strong.

The purpose of that time away, says Lembke, is to reset our brain’s pathways and gain perspective on how our dependency affects us. The goal is generally not to banish it forever, but to figure out how to enjoy it in moderation – that most elusive of things. Some will realise they cannot enjoy it without going too far but usually “self-binding” techniques should help with finding a balance. You might try putting barriers between you and the vice, like removing all screens from your bedroom, putting your phone on airplane mode, or committing to only using the thing at certain times, like at weekends. These will be more manageable after your initial fast. It’s “easier to go from abstinence to moderation, than from excessive consumption to moderation,” says Lembke.

It’s crucial to take time to just be. “As soon as we’re done with this interview, you’ll check your phone and I’ll check my email,” says Lembke. “We’re not going to let ourselves process this experience in a way that unfolds naturally.” Scientific studies have observed the importance of “resting mental networks” meaning that, in between activities, people demonstrate “a synchronicity between different parts of the brain that has its own rhythm and breathing”, she says. It’s likely that this state contributes to original ideas and a general sense of wellness. Like the Dutch practice of niksen, which involves setting aside time each day to do nothing, it’s about being still with your thoughts.

Many of these ideas are familiar: we’ve all heard about digital detoxes and mindfulness practices, but unlike many spiritual gurus, Lembke is straight-shooting. She is not promising sunshine and rainbows. Yes, it’s natural and healthy to pursue enjoyment, but our consumer culture has created an expectation “that life is supposed to be so fun!” she says. “And really, it’s not. Life is a slog and I think if we could admit that and take comfort in knowing we’re not alone in the day-to-day struggle, paradoxically, we would be happier.”

It’s a sobering thought. Because the bounty of high-octane stimuli enables us to instantly boost our mood – something previous generations couldn’t do to the same degree – we’re under the impression we can fully control when we feel joy. In reality, our drip-fed, tech-fuelled bliss is fleeting, and often less than blissful. The main message is to stop hunting for pleasure all the time.It’s too much of a good thing, and all that.

Lembke is sanguine that we can beat our digital dependencies by embracing a more monastic mindset. She advocates replacing some pleasure-seeking vices with“painful” pursuits. When we do things that are challenging – going for a run, having an ice bath, talking to a stranger, reading a book on philosophy – instead of receiving a dopamine boost beforehand we experience it afterwards. “Doing things that are hard is one of the best ways to pursue a life worth living, because the pleasure we get afterwards is more enduring,” she says.We tend to forget that earned highs are that much sweeter.

Even if the idea of swapping an episode of Mare of Easttown for a jog sounds cruel, just opening yourself up to the realisation that you shouldn’t expect to be dazzled 24/7 seems like a feasible shift in thinking. As does letting your mind wander, uninterrupted, with increased frequency. Just remember: it all starts with a phone in a drawer.

Dopamine Nation: Finding Balance in the Age of Indulgence by Anna Lembke is published by Penguin Random House at £20. Buy it for £17.40 from guardianbookshop.com