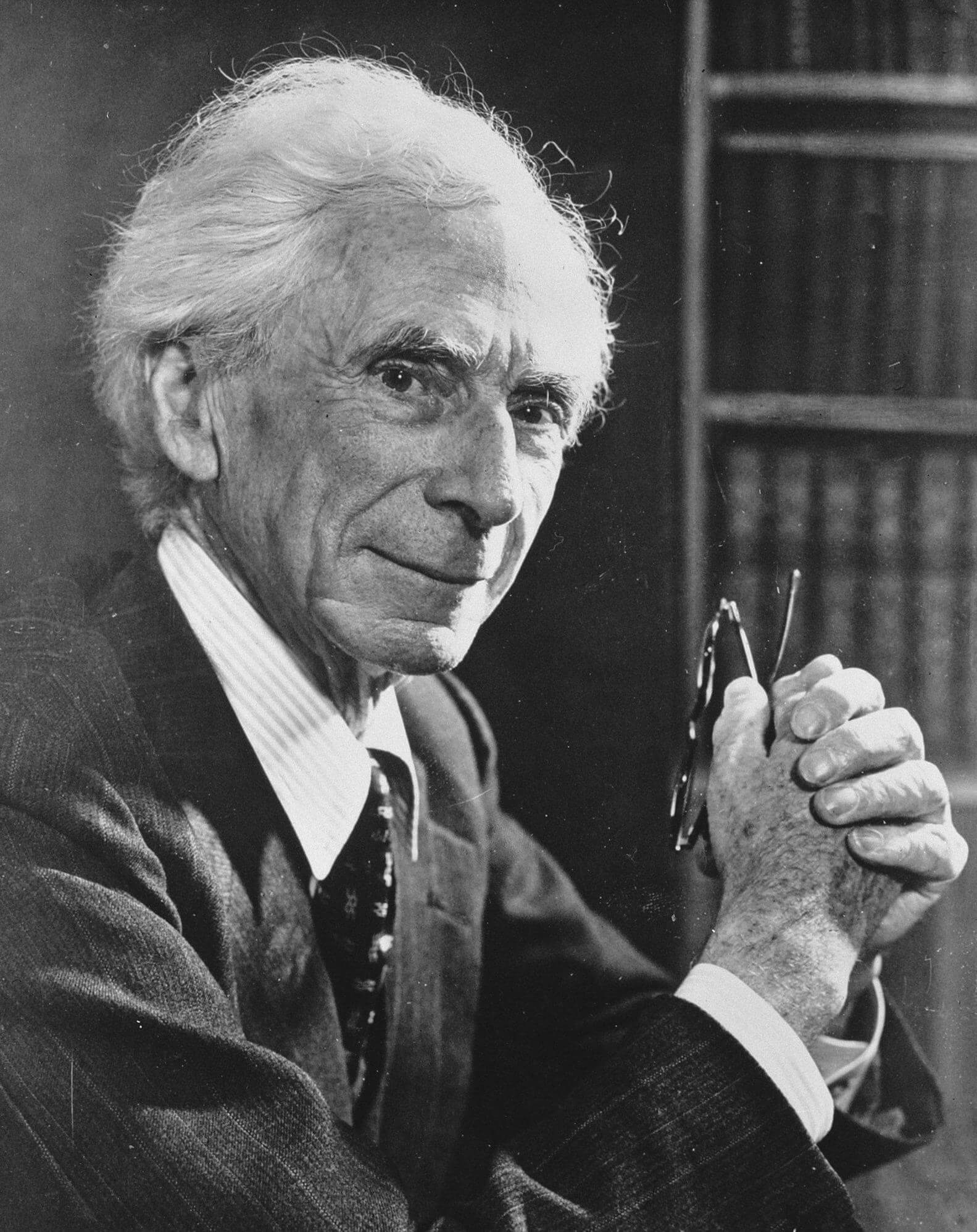 From Mathematics to Philosophy

Bertrand Arthur William Russell, 3rd Earl Russell (b. May 18, 1872 at Trellech, Monmouthshire, Wales; † February 2, 1970 at Penrhyndeudraeth, Gwynedd, Wales) was a British philosopher, mathematician, religious critic, and logician. He taught at Trinity College, Cambridge University, the London School of Economics, Harvard University, and Peking University, among others, and was a member of the Cambridge Apostles. In 1950 he was awarded the Nobel Prize for Literature.

The Father of Analytic Philosophy

Bertrand Russell is considered one of the fathers of analytic philosophy. He wrote a large number of works on philosophical, mathematical, and social topics. Together with Alfred North Whitehead, he published Principia Mathematica, one of the most important works of the 20th century on the foundations of mathematics. Russell was an atheist and a rationalist. A world-renowned activist for peace and disarmament, he was a leading figure of pacifism, even though he was not a strict pacifist himself. He was open to socialist ideas.

Read also about the philosophy of Albert Camus