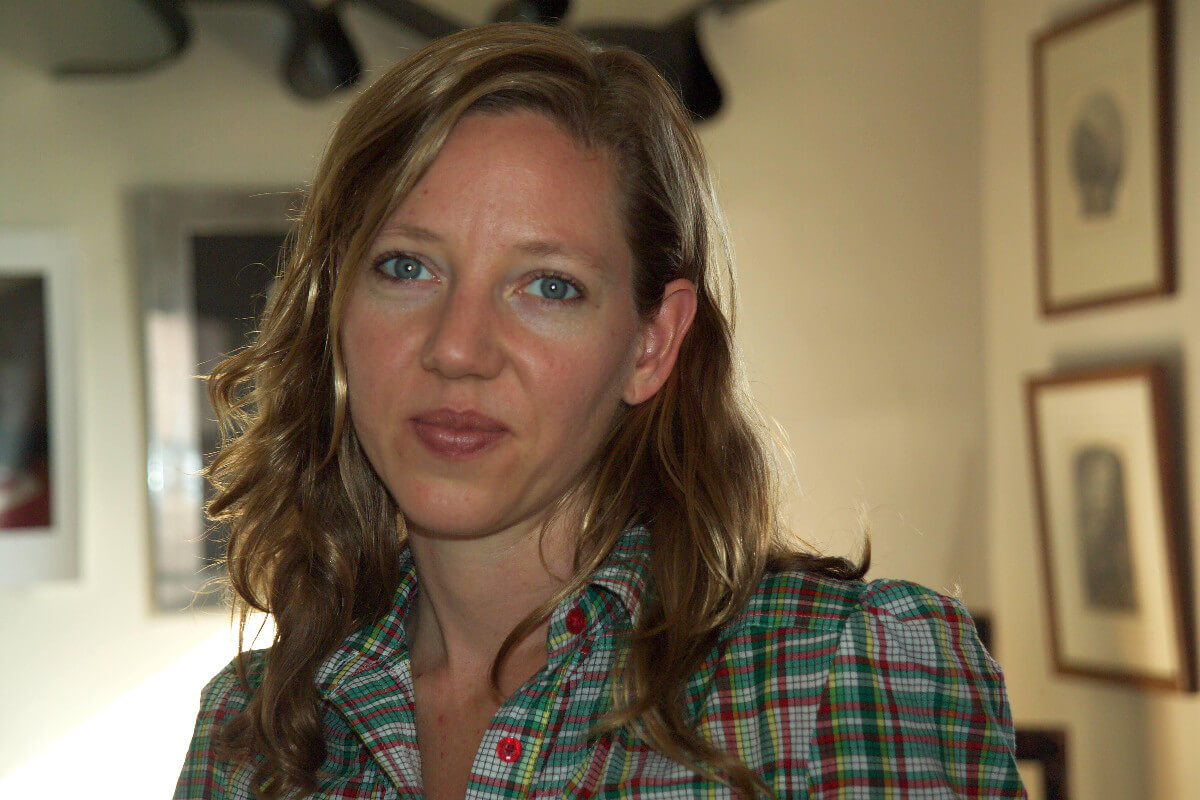 On Sex, sexual desires and more

No, the collection of blue items, the stones, plastic wrappers, shards, shells, figurines, marbles, cups, saucers, dried flowers, and boxes that had been set up in her house for a long time as an altar – those things Maggie Nelson has cleaned up. She still gets offered something blue from time to time, and she still likes blue, but it’s done, says the American author, in a video call from Los Angeles. She has since written three more books; her latest essay book On Freedom will be published in September.

It was unexpectedly a great success – the publisher speaks of a ‘cult hit’. Even in the Dutch translation, twelve years later, the book remains a timeless jewel. It’s in the combination of Nelson’s personal tone, which always contains something unyielding, the poetic sensibility, the unashamedly feminine sexual gaze (“how scorching it is”), the admirable erudition. And especially in the mystery of the work: who is in love with a color?

Nelson knows how to touch because the philosophy and art she reflects on is always anchored in the lived experience; a technique she reinforced in the previously translated The Argonauts from 2015, in which Nelson explores what it means to be queer and at the same time, through her pregnancy and relationship with a trans man, meet the normative picture of a happy nuclear family .

But perhaps, despite all those facets, despite the bookishness and language beauty and strangeness, Bluets is ultimately a recognizable story, about a broken heart and loneliness.

“It was a long search for that shape, for the right structure,” says Nelson. “You may want to write a book about the color blue, but how do you explain why it is so important? I was concerned with the question of what the experience of beauty has to do with suffering. Why something beautiful evokes admiration, the desire to live so that we can behold it, but at the same time it also hurts – perhaps because we feel it can never last forever.”

That is why the investigations are intertwined with the grief of a broken relationship and the traffic accident of a friend?

“I had already started it before I was abandoned by a loved one, before my friend Christina Crosby, who passed away in January of this year, had the accident that would paralyze her for life. However, by the time I had done enough research and started writing, those were the big themes in my life, and they naturally became the pillars of the book.”

Love and blue are analogous to each other in Bluets. The narrator is careful not to make blue too concrete, to explain and interpret that blue too much. She collects blue stuff, but she doesn’t care about that stuff, or the turquoise ocean, or all those concrete updates of blue; that blue she wants to write about is more abstract, elusive, just as love cannot be explained and analysed. Or is this too much interpretation?

“The book asks explicitly what it means to love a color—to love something that doesn’t reciprocate that love. Color does not exist as we think, not in reality, it only starts in our eyes, and other beings do not see the same colors as we do. Seeing color is a subjective confusion. Just as love is also a subjective confusion. Sometimes when you’re in love, people may say to you, “I don’t know if you’re really in love with her, maybe you’re in love with the love or the feeling it gives you.” Do you love the thing or the person for itself, or are you in love with the sensation? I think the book doesn’t answer that, it’s more interested in the space in between.”

The book, whose form refers to the language philosopher Wittgenstein, seems to be aware of a certain futility when it comes to the power of language. Like when you write, “Like it or not, I feel like writing changes little—if it changes anything at all. On the whole it leaves everything as it is, I suppose.”

“When you lose a loved one you can use so many words, in couples therapy or love letters, and you hold on to that for a long time, but at some point you have to recognize that it doesn’t happen where the language stops. That the real actions are beneath the surface, where they exist as a force greater than both involved. I think the moment you turn away from communicating with a person is a turn towards literature. So the question is: what can literature do, what can the writer do?

People always ask me if writing is therapeutic for me, but I’ve never felt the catharsis. Twelve years later I can see how Bluets has steered my life in a certain direction, but I also say somewhere: writing a book just kills time. When I wrote that I had just moved to Los Angeles and I didn’t know anyone there – seriously, I didn’t know a soul, I’d lived in New York most of my life, there was no one to ask at the end of the day how my day had been. That sense of killing time was befitting of a project that absorbed much of my loneliness. I now have two children, who were not allowed to go to school all year because of the virus, so that has changed.”

Yet this sense of futility does not only evoke melancholy. It’s also enjoyable.

Absolute. After all, that passage is followed by a quote from the poet John Ashbery, who answered the question “What does your poetry bring about?” A blue wash is not nothing, a blue wash is cool! Allowing literature or music to be a lens through which we experience life differently may not change the world, but it is not the same as campaigning; a blue wash is simply brilliant.”

That’s what literature does?

“I cannot give a definite answer to that. A broken hearted person often listens to the same song, over and over. The person in the book called ‘the blue princess’ once said to me: you really should listen to different music now. (laughs) Love songs often give very bad advice. They advise interdependence, for example, when singing “I will die without you” – love songs are not advice at all, but that’s how people listen to it. In our struggles with emotional experiences, we give them a wash through the lens of other people, other texts, and that’s beautiful, but also dangerous. The blue wash in Bluets was a specific mood of the narrator, but it doesn’t quite coincide with me, she’s a blue mood, one of the many songs that can be played.”

“Writing is, after all, an astonishing equalizer,” I read. “I could have written half of these propositions drunk or high, for example, and the other half sober; I could have written half in hot tears of grief and the other half in a state of clinical detachment. But now that it has been pushed countless times – now that they seem at last to flow like one river – how could any of us tell the difference?”

In Bluets you write about your own life, but you are much more private then in The Argonauts. If writing is an equalizer, does that also mean hiding behind the words?

“I think literature should always take risks. Bluets is an allegory, it calls people not by name but by their roles, like the “blue princess”. I was therefore inspired by the work of poet Anne Carson, especially by ‘The Glass Essay’, a shadow text by Bluets. In it, Carson calls her beloved “Law.” I was interested in what the allegory would bring me, while for The Argonauts I had a different relationship to non-fiction, that book has a different genre and carries different risks.

“But I like what you say, that Bluets is more private. Any autobiographical writer knows you’re doing a kind of dance between hiding nothing and being coy. And at the same time you create an experience of vulnerability, and that is an aesthetic creation. There is always something hidden, simply because a book can only contain so much.”

Because it is an allegory, it reads like a timeless book. But if you were to write it now, wouldn’t it be different?
“Hmm. I do not know. This is what I can say about it: I made a conscious choice to talk about the narrator’s inner world, and not about injustice, about what is to her  – you hardly get to know anything about her ex-lover and what goes on between played them.

Maggie Nelson (1973) is an American poet and cultural critic, appreciated for her work that explores and pushes genre boundaries. She studied English, received private lessons from essayist Annie Dillard and poet Eileen Myles and has published five collections of poetry since 2001. Best known is her book The Argonauts, a memoir about love and gender, which won the National Book Critics Circle Award in 2015.