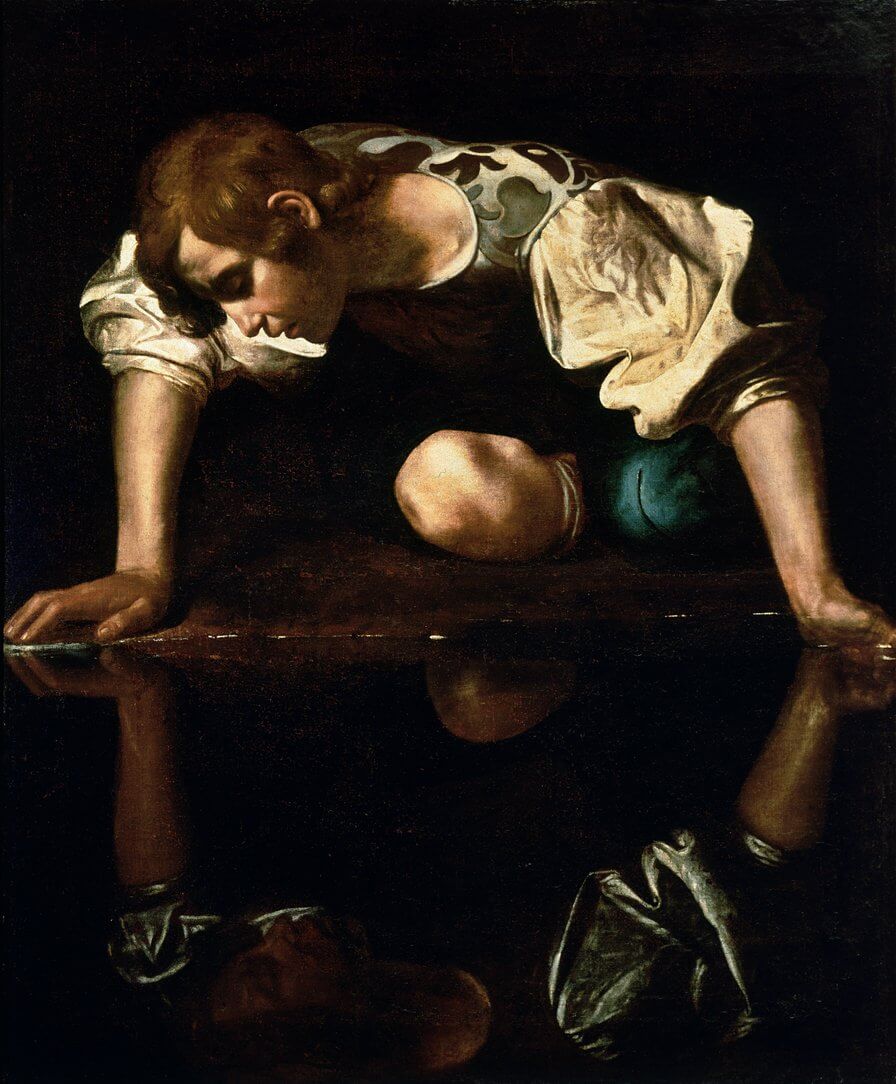 Amsterdam, June 30 2021– Rainer Maria Rilke’s last great love was a woman he called Merline, whose real name was Baladine Klossowska. Rilke had met this painter, eleven years her junior, in Paris before the First World War. In 1919 he renewed contact with her when both were living in Switzerland, and until his death in 1926 he sent her many sometimes very passionate love letters, some of which have recently been translated.

Merline was an exception among Rilke’s many mistresses. The woman was neither beautiful nor too interested in literature, and she also had something that usually frightened Rilke in women: she had children. According to his biographer Wolfgang Leppmann, the fact that the poet nevertheless had a great passion for her can be explained by the “parallelism of their lives”: both had fled the German cultural area and tried in France and Switzerland, where they lived separately from their partners, to create a new to build existence.

The Letters to Merline, selected from the period 1919-1922, confirm Rilke’s great fame as a writer of love letters. The poet is enthusiastic, often ecstatic and unsurpassable in his devotion. Sober readers will find it difficult to suppress a smile from time to time reading these delicate epistles. For example, when Rilke mentions the fact that he constantly carries “the handkerchief that was soaked with your tears” or when he sends Merline a booklet with the most sensitive pages marked by “a painfully mottled rose petal.” Rilke in short.

But these letters are also typical of the great poet for another reason. Because despite his infatuation, Rilke, as always, emphatically watched over his loneliness and seclusion.

Living together, to which Merline hinted, was absolutely out of the question. Rilke’s need for seclusion was especially great at this stage, as he was frantically searching for the right conditions to complete the work he had already begun in 1912 and regarded as his life’s work: the profound poem cycle Duineser Elegien that he was indeed able to complete it in 1922.

It is precisely this tension between Rilke’s need for solitude and his exalted love experience that constitutes the greatest charm (or should we say tragedy?) of these letters.

In many places this tension comes up directly. Already on one of the first pages, between the expressions of love, he complains about “a lack of solitude and concentration.

” And elsewhere, in a famous letter, he mentions “the terrible, unimaginable polarity of life and of supreme work.” It is precisely this polarity that Rilke has experienced throughout his life as his greatest personal problem.

The Letters to Merline, charming though they may be, are not Rilke’s most important correspondence. He hardly speaks about his work and his major themes. Undeniably more important is, for example, his correspondence with his wife Clara Westhoff, Marie von Thurn und Taxis and most certainly that with Lou Andreas-Salomé, probably the most important woman in his life. The friendship between Rilke and Lou Salomé is the subject of a biographical study recently published by Ruth Wolf, which focuses on the poet’s Parisian years between 1903 and 1910.

Ruth Wolf’s clearly written study might best be called an abbreviated biography of this phase. A period that was of eminent importance for Rilke’s development as an artist and in which his two perhaps most beautiful works were created: the collection Neue Gedichte (1907) and the diary novel Die Aufzeichnungen des Malte Laurids Brigge (1910).

Wolf writes with great understanding and empathy about Rilke’s fears and displacement, his extraordinary vulnerability and impractical attitude. But also about his great intuition and perception and about his exceptional gift to transform everything he saw into images. The actual subject of her studies, Rilke’s friendship with Lou Salomé, regularly fades into the background and is sometimes completely absent for pages. This is replaced by short portraits of, for example, Rodin and Cézanne or descriptions of the many journeys that Rilke made. There is no clear red thread in the booklet. Or it should be Ruth Wolf’s theory that Rilke’s life after 1900, as well as large parts of his work, have been dominated by his unrequited love for Lou Salomé.

As far as Rilke’s life is concerned, this theory may be correct: after all, he was never able to commit himself permanently to a woman and he continued to worship Lou in silence. But the consequences for his work of Lou’s rejection are a lot more unclear. Wolf especially regards Rilke’s peculiar concept of love, as he had developed it in Malte Laurid’s Brigge and elsewhere, as a direct result of his complicated relationship with Salomé. Rilke advocated a dispossessed, unfulfilled love; a love that would be purer and far beyond the earthly variety. “Sehnsucht” that’s what it mattered to him, “Stillung” he rejected.

It remains to be seen whether, as Wolf claims, this conception of love is a direct result of Rilke’s relationship with Lou. Rather, I tend to attribute this view to Rilke’s proverbial narcissism, and perhaps also to his idealism, qualities that are actually separate from his relationship to Lou. Moreover, Ruth Wolf’s explanation of Rilke’s concept of love is not entirely correct. She overlooks the fact that this view is strongly linked to Rilke’s identity problem, the central theme of Malte Laurids Brigge.

Rilke also rejected an effectuation of love because it would establish the identity of the beloved (after all, one has an image of the beloved), which leads to rigidity and stands in the way of the “sich verwandeln” propagated by Rilke.

In Rilke’s own words. from the Malte: “To be loved means to burn up. To love is to give light with inexhaustible oil.”Rilke’s complicated conception of love, one of the darkest themes in his work, is typical of his later fame.

In his early work he still had traditional representations of the In Die Weise by Liebe und Tod des Cornets Christoph Rilke he has a young officer die on the battlefield after he has just had his first night of love.This typical fin-de-siècle work was created in 1899 but could only Find a publisher in 1906. After 1912, when the booklet appeared as the number one of the famous “Insel-Bücherei”, it became by far Rilke’s most popular work and since then more millions of copies have been sold. Rilke himself was always rather scornful about this innocent youth work.

Recently, De Kornet (as the booklet is called in the colloquial language but now also on the cover) was translated into Dutch for the fifth time. Paul Claes’ translation is, of course, much more modern and less solemn than that of Victor van Vriesland, for example, from 1930. In Claes’ bilingual edition, which he provided with an afterword, I found one remarkable error: the German “man” is translated somewhere with “you”, while the context shows that this means a whole cavalry.

Coming up Part VII – A Biography by Fritz Raddatz