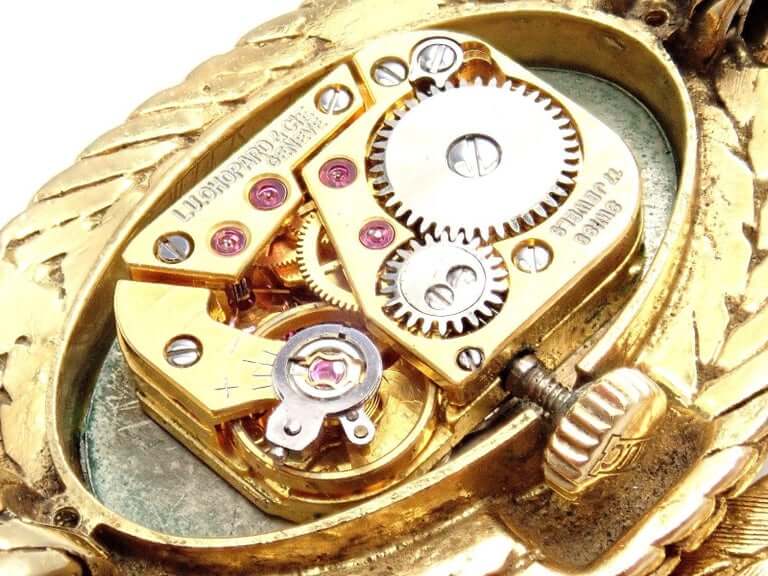 For the Happy Few

Amsterdam, January 2021 – Telling stories: that’s what vintage watches do.
Of course: anyone can easily buy a new watch in all types and brands, and batteries on-line or in a real shop.

But a vintage watch is unique.

Perhaps worn by the judge who convicted crooks. Or by crooks themselves. Who knows.

More or less by coincidence, Kalle Slaap, watch maker in West Friesland, Holland came into contact with older watches. The clock in his car failed and the repairman told him it was broken and impossible to fix. Not satisfied with that answer he decided to investigate for himself exactly how it was.

How a watch was ultimately put together and which components it consisted of. In fact he tried to discover an age old riddle: what is Time?”At that moment a tremendous virus struck,” he says visibly relieved and happy in the workplace of his workshop. ‘Not only because, due to the effort of top sport that requires the repair of watches, the challenge it entails, but also because of the beauty, the almost unparalleled simplicity of the older watches and thus the complexity of the concept of time ‘.

Because what is that in the end.

And also: “ Ultimately, it is an agreement, an agreement that theologians, philosophers, scientists and others have thought over, debated, and written essays and books about. I don’t know if they finally got out. But once that virus has taken hold of you, it won’t let go “.

Books have been written about the concept of time and serious studies have been made about it.
Kalle Slaap eventually enrolled at the training institute in Schoonhoven, Holland and learned the trade of watch repair.
Now, many years later, he is considered one of the most famous watchmakers in the country. One where, others vintage watch enthusiasts, colleagues and even foreigners can turn with questions and comments. With hopelessly broken watches or outdated timepieces.

The story – perhaps it is a rumor – even goes that renowned vintage watch shops in major cities around the country appeal to his keen eye and craftsmanship. Even far beyond our country’s borders, its ever-expanding reputation for professional integrity is shaped by what is actually the basis of some kind of professional deformation.

Sometimes, if he can’t easily find a particular oil for an equally particular part in a particular watch, he doesn’t shy away from asking his wanderlust clients to look forward to it, as this could cause delays.
Sometimes he searches various national and international websites, perhaps not so much to buy immediately, but earlier and often enough to see what is on offer.

It’s the virus does that to you,” he smiles,  “ Vintage watches are popular with a very select group, many of whom have also been infected by the virus. It is a question of exceptional taste, style and elegance. And romance of course. Where it is not even so much about high prices, but about knowledge “.

Knowledge for instance about Humphrey Bogart, in the 1950 film Casa Blanca and his irresistible courting of Ingrid Bergman with a vintage watch on his wrist. In these new times of high-quality technological developments of nano-dimensions, it is also a matter of romance and nostalgia, where it is not so much about precision but, ignited by the virus, the search is more about a Paradise Lost: a past that no longer is.

Slaap also looks at sites like Catawiki and Hodinkee and more specialized blogs that further spread the virus as if it has some sort of incredible effect. Not long ago, a Patek Phillippe was sold at for example, the House Phillips auction house in Geneva for the breathtaking amount of just over 10 million euros.

He can now be followed on a live streaming every Monday evening. He teaches a watchmaking course and shares his knowledge and passion. Despite all the side issues that ultimately speak in his favor, his entrepreneurial drive is still somewhat affected by the Corona crisis.

He has also decided to compose his own watch line and brand as part and logical consequence of the infectious virus.
Because that is what it is in the end: nothing more, nothing less: A composition of beauty and melody that has to withstand the test and questions of Time.

Read also about Philippe Dufour, a genius in fine watchmaking in Switzerland