Kalmykia between Time and Space

Kalmykia between Time and Space 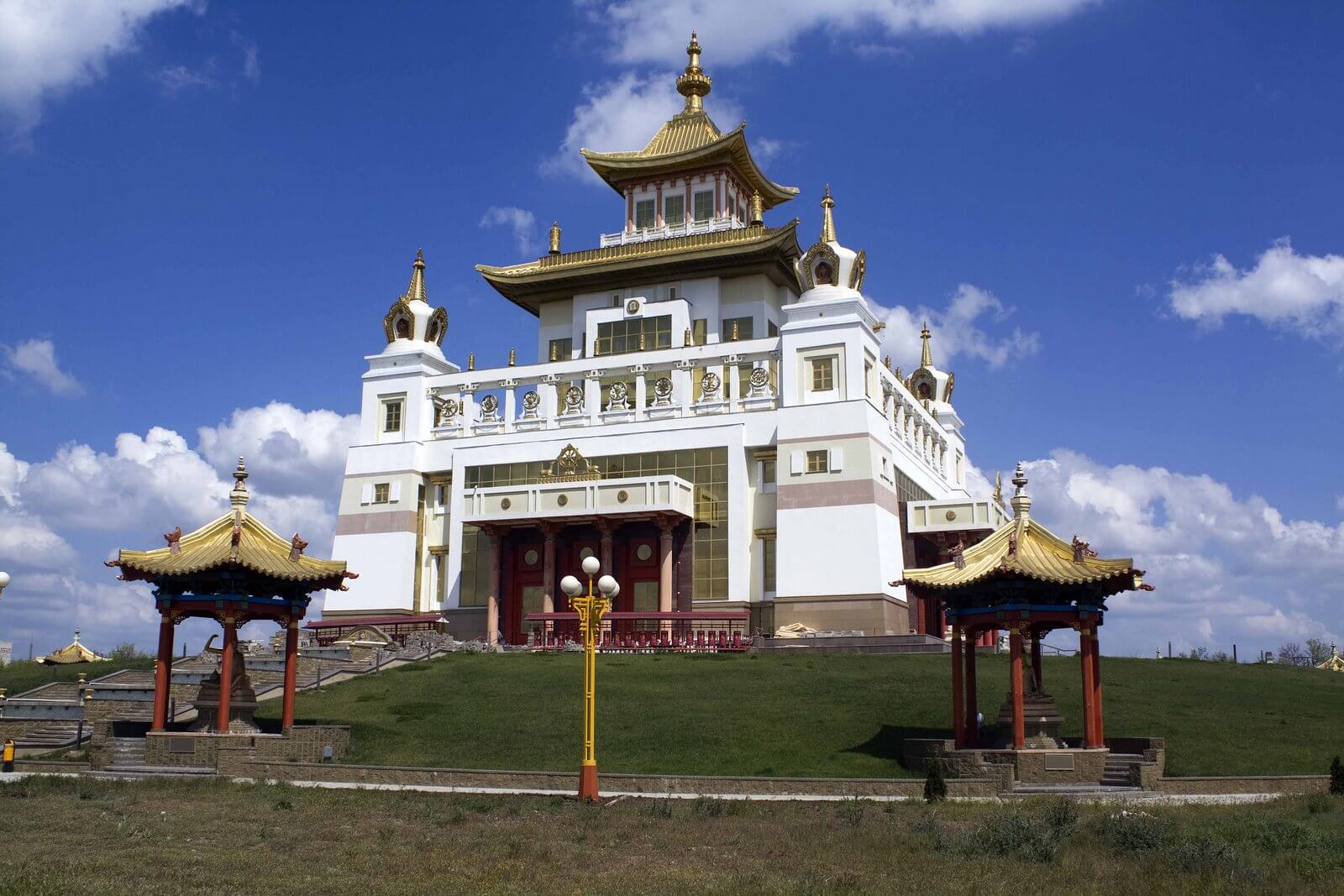 Where To This Time?

Amsterdam, June 8 th 2021–Kalmykia is in Southern Russia. North of the Caucasus it is bordered by the Oblasts of Volgograd, Dagestan, Astrakhan, Rostov and Stavropol Krai. It has access to the Caspian Sea and the Volga River. The Republic has many natural resources and wildlife including the protected Saiga antelope.

The republic can be reached by train or bus from Moscow or any other Southern Russian cities. It also has an international airport in the capital city of Elista.

The vast country of Russia holds many a secret. Whilst many associate Russia with Moscow and Saint Petersburg, the biggest country in the world is made up of a patchwork of Republics, all with their own unique traits, history, culture and sometimes languages. As the Soviet Europe team here at Young Pioneer Tours extend our reach across Russia and explore all of the 21 Russian Republics, we bring you another installment of our guide to every Republic across the Russian Federation! In this blog we’ll be exploring the Kalmykia Republic.

A Brief History of Kalmykia

Despite being in Europe, Kalmykia is awash with ancient traditions of Shamanism throughout society and is the only European region where the most practised religion is Buddhism. The region has been home to many major world religions and ideologies. Prehistoric paganism and shamanism gave way to Judaism with the Khazars, followed by Islam with the Alans, Tengriism (brought by the invading Mongols) and finally the beliefs of the present-day Buddhist Kalmyk people.

During the Russian Revolution of 1917, many Kalmyks joined the Tsarist forces in the Russian Civil War. When defeated, many fled to Turkish ports and escaped to European cities such as Sofia, Prague, Paris and Belgrade. In the latter, the Kalmyk refugees built a Buddhist temple in the late 1920s. In exchange for assistance to the Red Army, Lenin promised the Kalmyk people who remained their own land, and the Kalmyk Autonomous Oblast was declared in 1920, later becoming the Kalmyk Autonomous Soviet Socialist Republic in 1935. Interestingly, the Soviets did not enforce a strong anti-religion policy in Kalmykia as it wanted to set an example of good treatment of Soviet Buddhists in order to impress Mongolia and Tibet and to bring them into the Soviet sphere.

The republic was decimated in WW2, with society mostly split between the German Army and the Red Army. Eerily reminiscent of their Russian revolution ancestors, the Kalmyks who joined the Wehrmacht were forced to flee west with retreating German forces and, if they escaped the Red Army onslaught, they would become post-war refugees.

Those who fought for the Soviets were renowned for their bravery, obtaining over 8,000 orders and medals amongst them. 21 Kalmyk men were awarded the esteemed Hero of the Soviet Union medal.

Despite the bravery of the Kalmyks loyal to the Red Army, in 1943 the entire population was brutally deported to Central Asia and Siberia as punishment for the Nazi collaboration carried out by some Kalmyks. The decimated population were allowed to return under the Khrushchev reforms in 1957, but their former homes, lands and jobs were occupied by Russians and Ukrainians.

After the USSR, Kalmykia became an autonomous republic within the Russian Federation and today is a stronghold of Buddhism in Russia.

The leader of the Republic between 1993 to 2010 was Kirsan Ilyumzhinov. President of the world chess organization FIDE, Ilyumzhinov was a chess addict. In the late 90s, allegations were made that Ilyumzhinov was spending too much public funds on chess projects in Kalmykia. The journalist behind the allegations, Larisa Yudina, was kidnapped and murdered by two men, one of whom was a former presidential bodyguard.

Whilst Kalmykia tourism isn’t exactly booming, there are many things to see and do here:

Read also about Agafia surviving in the Russian Wilderness