Why does time go forwards, not backwards?

Why does time go forwards, not backwards? 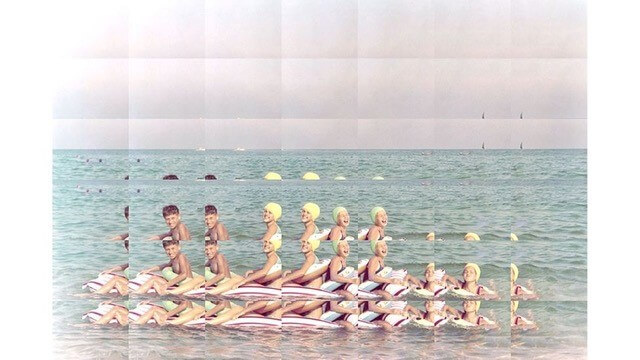 As Rovelli stresses in The Order of Time, this is the only basic law of physics that can tell apart the past from the future. A ball can roll down a hill or be kicked back to its summit, but heat can’t flow from cold to hot.

To illustrate, Rovelli picks up his pen and drops it from one hand to the other. “The reason this stops in my hand is that it has some energy, and then the energy is turned into heat and it warms up my hand. And the friction stops the bouncing. Otherwise, if there was no heat, this would bounce forever, and I would not distinguish the past from the future.”

So far, so straightforward. That is, until you start to consider what heat is on a molecular level. The difference between hot things and cold things is how agitated their molecules are – in a hot steam engine, water molecules are very excited, careening around and colliding into each other rapidly. The very same water molecules are less agitated when they coalesce as condensation on a windowpane.

Here’s the problem: when you zoom in to the level of, say, one water molecule colliding and bouncing off another, the arrow of time disappears. If you watched a microscopic video of that collision and then you rewound it, it wouldn’t be obvious which way was forwards and which backwards. At the very smallest scale, the phenomenon that produces heat – collisions of molecules – is time-symmetric.

This means that the arrow of time from past to future only emerges when you take a step back from the microscopic world to the macroscopic – something first appreciated by the Austrian physicist-philosopher Ludwig Boltzmann.

“It’s not that the world is fundamentally oriented in space and time,” Rovelli says. It’s that when we look around, we see a direction in which medium-sized, everyday things have more entropy – the ripened apple fallen from the tree, the shuffled pack of cards.

While entropy does seem to be inextricably bound up with the arrow of time, it feels a bit surprising – perhaps even disconcerting – that the one law of physics that has a strong directionality of time built into it loses this directionality when you look at very small things.

Read the article on BBC.