Lower Back Pain and Even More Pain

Lower Back Pain and Even More Pain 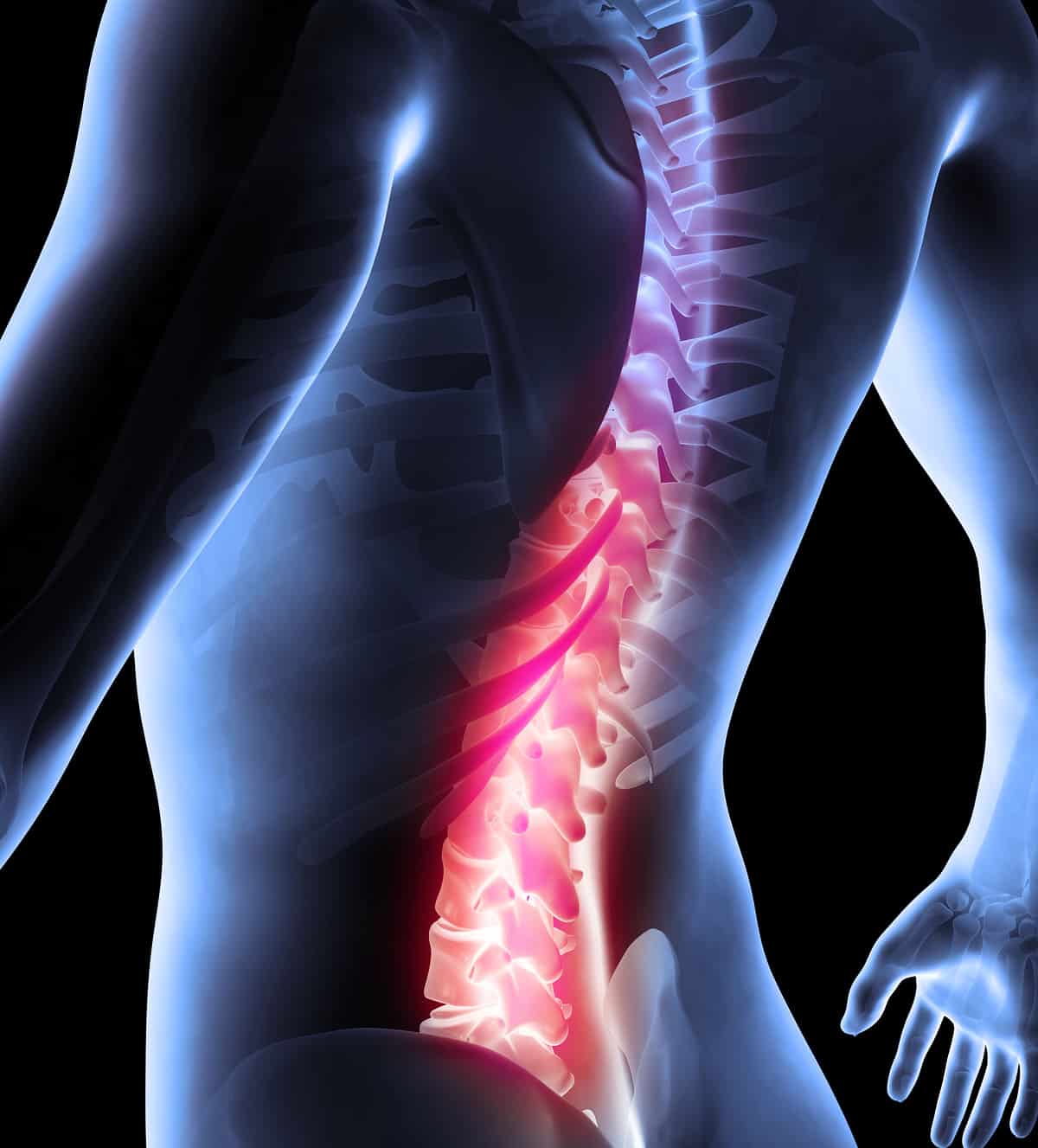 And the true / real relief ?

Amsterdam, 8 march 2022–For more than a decade, a friend of mine had a near-constant throbbing in a small muscle deep in the butt. He tried treating it with physical therapy, ultrasound and Botox injections. At one point, he even considered surgery to cut the muscle in half in order to decompress the sciatic nerve that runs underneath.

Then, in 2011, my friend picked up a library copy of the 1991 best seller “Healing Back Pain: The Mind-Body Connection.” It claimed that, in order to distract the sufferer from repressed anxiety, anger or feelings of inferiority, the brain creates pain in the neck, shoulders, back and butt by decreasing blood flow to the muscles and nerves.

The book’s author, Dr. John Sarno, was a rehabilitation physician at New York University and something of an evangelist, touting a methodology bolstered by anecdotes from his practice and passionate testimonials from patients like Howard Stern or Larry David, who described his recovery from back pain as “the closest thing that I’ve ever had in my life to a religious experience.”

According to Dr. Sarno, nearly all chronic pain is caused by repressed emotions. By undergoing psychotherapy or journaling about them, he said, you could drag them out of your unconscious — and cure yourself without drugs, surgery or special exercises. My friend chose journaling and began writing pages-long lists of everything he was angry, insecure or worried about.

My friend appreciated the logic of Dr. Sarno’s theory: emotional pain causes physical pain. And he liked the reassurance it gave me that even though my pain didn’t stem from a wonky gait or my sleeping position, it was real. He didn’t like that no one in the medical community seemed to side with Dr. Sarno, or that he had no studies to back up his program.

But he couldn’t deny it worked for him. After exorcising a diary’s worth of negative feelings over four months, he was — in spite of my incredulousness — cured.

He never did think much about Dr. Sarno after that until May of this year, when he found himself back in physical therapy for a pain in an inner thigh. His physical therapist assigned him a handful of exercises, and he did them every day. The whole time, he worried: If physical therapy failed again, would he have to go back to exhaustively cataloging my woes? Did Dr. Sarno’s claims even hold water?

“The idea is now mainstream that a substantial proportion of people can be helped by rethinking the causes of their pain,” said Tor Wager,

a neuroscience professor at Dartmouth College and the director of its Cognitive and Affective Neuroscience Lab. “But that’s different than the idea that your unresolved relationship with your mother is manifesting as pain.”Dr. Wager said most scientists now believe that pain isn’t always something that starts in the body and is sensed by the brain; it can be a disease in and of itself.

Approximately 85 percent of back pain and 78 percent of headaches don’t have an identifiable trigger, yet few scientists would say that all or even most chronic pain is purely psychological. “There are also social and biological reasons for pain. In most people, it’s some confluence of the three,” said Daniel Clauw, a professor of anesthesiology, medicine and psychiatry at the University of Michigan and the director of its Chronic Pain & Fatigue Research Center. “I’m sorry, there are a bunch of people for whom Sarno’s method isn’t going to work.”

Today, a similar approach to Dr. Sarno’s method is emotional awareness and expression theory, in which patients identify and express emotions they’ve been avoiding. It’s not only been shown to significantly lower pain in people with fibromyalgia and chronic musculoskeletal pain, it’s also considered a best practice for treating chronic pain (along with massage and cognitive behavioral therapy) by the Department of Health and Human Services.

Pain can take on a life of its own.

But how does the brain cause chronic pain in the first place? Dr. Sarno’s theory that our brain uses pain to distract us from negative emotions by cutting off blood flow to the muscles is not backed up by science, according to Dr. Wager.

Instead of blood flow, scientists now look to the nervous system to understand chronic pain that isn’t caused by nerve or tissue damage. Basically, your brain circuitry malfunctions, prolonging, amplifying and possibly even creating pain.

Dr. Wager said we don’t fully understand the mechanisms of this, but “we do know that stressors can promote inflammation in the spinal cord and brain, which is linked to greater pain sensations.” Early adversity, such as child abuse, economic hardship, violence and neglect, has also been linked to chronic pain.

Complicating things further: Pain can beget more pain. For example, an injury may turn up the volume on your pain response to future injuries. Stress may cause pain to persist long after an injury has healed. And if your back twinges and you start imagining all the ways it could get worse, that fear can magnify your pain, which may lead you to avoid physical activity, which then makes the pain even worse. Experts call this the pain cycle.

Here, Dr. Sarno’s notion of the brain triggering pain was partially right. Research shows that catastrophizing can turn acute pain into chronic pain and increase activity in brain areas related to anticipation of and attention to pain. This is one of the reasons clinicians are starting to treat pain disorders similarly to, say, anxiety disorders, encouraging patients to exercise so they can overcome their fear of movement. Whereas a socially anxious patient might take small steps toward talking with strangers, for instance, a patient with back pain might start jogging or cycling.

You can find the off switch yourself.

The bottom line, according to Dr. Howard Schubiner, a protégé of Dr. Sarno, is that “all pain is real, and all pain is generated by the brain.” Today Dr. Schubiner is the director of the Mind Body Medicine Program in Southfield, Mich., and a clinical professor at the Michigan State University College of Human Medicine.

“Whether pain is triggered by stress or physical injury, the brain generates the sensations,” he said. “And — this is a mind-blowing concept — it’s not just reflecting what it feels, it’s deciding whether to turn pain on or off.”

So, by this rationale, all pain is in both the body and the brain. Which is why, when my friends adductor stopped hurting in July after eight weeks of physical therapy, he didn’t expend too much mental energy trying to figure out what had worked: the exercises themselves, his physical therapist giving him the go-ahead to keep exercising, the once-a-week opportunity to talk with her about his recent move and the other stressors potentially contributing to my pain or (most likely) all of the above.

In the end, Dr. Sarno was right about exercise aiding, not hampering, recovery and about the link between emotional and physical pain. But not all chronic pain is psychological.

Dr. Sarno’s Freudian treatment is far from the only one that works. And few scientists would say that our brain uses pain to distract us from negative emotions (and definitely not by cutting off blood flow to muscles).

My friend still thinks of Dr. Sarno as a savior, and he continues to recommend his books to friends and family; some have read them — and had success — while others have politely declined. Yes, Dr. Sarno almost certainly oversimplified and overemphasized the psychological origins of pain.

But he also helped others see that both the mind and the body are responsible for our physical suffering. And that we’re not powerless to change it.