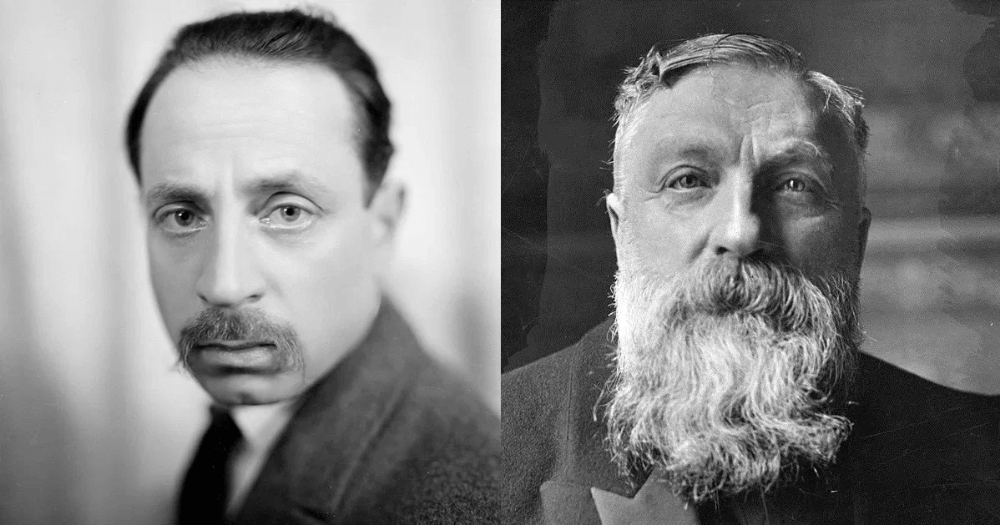 Read Rilke or the Artist as a Teacher

Literary theory does indeed look at all kinds of aspects of a work of art, but something is grossly neglected, according to literary scholar Jan Oegema, that is the desire of readers to learn something about how to live. A spiritual desire. Many artists have something guru-like about them, he thinks, and literary studies shouldn’t be too anxious to talk about that. In any case, it is not himself in his book Rilke en his wisdom.

The artist as teacher.

It is then easy to immediately jump into a defensive attitude and start talking about autonomous art, and that poetry is not wisdom literature, but multifaceted and elusive and so on – but Oegema knows all that too.

He also writes that down, which makes this book a refreshing experience.

Oegema, who previously wrote a lot about Lucebert and has always been interested in the mystical side of literature, is also a teacher himself. One that addresses its readers without falling into the Ikea tone, that Rilke admires but is not an uncritical adept and shows it without putting itself annoyingly in the foreground.

So whoever, when opening this book, thought:  the artist as a teacher, we’ll see about that, would do well not to get stuck in that attitude too much, because then you won’t learn anything. The reader must want to be a student.

The two great teachers in his life were the sculptor Auguste Rodin, about whom he wrote a study after spending many years with him regularly in Paris, and the philosopher Lou Andreas-Salomé, with whom he had a great love and whom he spent the rest of his life. life as his heartfelt continued to see.

Rilke asked Rodin how he should live. The question alone is of astonishing humility. “And you answered me: by working. And I fully understand. I realize that work is life without dying. I am full of gratitude and joy.”

Rilke understood it well indeed, like so many an artist he found his fulfillment and his deepest self, or how one should say it, in his work. There he could be free, be new, try out thoughts and language. Through Rodin he also learned to ‘see’, that is, to really look and not always fill what one sees with one’s own feelings. This new attitude resulted in the Neue Gedichte in two parts, ‘thing poems’ in which Rilke, unlike in his earlier work, does not always know what is going on, he has, as it were, disappeared from those poems himself.

And it is precisely this poetry that Oegema prefers, which is remarkable, because you would expect from someone who wants to learn something from Rilke that he would especially fall for the Stundenbuch or the Duineser Elegiën, in which Rilke-the-teacher is much more manifest. But no.

What Rilke learns from and with Lou Salomé is astonishing. She gives him a new name – Rainer instead of René as he was called until then – they travel together, Rilke walks barefoot and does household chores with Salomé and her husband, he writes a poem in which he begs the Lord for a nice erection, he also loves being a student there.

He alone, unlike with Rodin, does not manage to break free from her in a good way, with unpleasant consequences for his vision of love.

At the same time, as Oegema shows, Rilke has also been a teacher from an early age, someone who knows how to advise others in formulations that transcend both the personal and the time.

For example, as a 27-year-old he wrote to a young poet that he must be patient with all the unresolved questions that live in him: ‘Do not look now for the answers that cannot be given to you because you would not be able to live them.

And it’s about living everything. Now live your questions. Perhaps you will gradually, unnoticed, one day in the distant future realize the answer.” Very popular rules on the internet, Oegema writes. But they are wise and rather unambiguous.

That is different in Rilke’s poetry. Oegema highlights a number of Rilke’s poems in order to discover or explain his (possible) view on life and death, but of course no ‘learn’ can be distilled from this. That is not necessary, says Oegema, Rilke rather offers mantras that can be the beginning of insights. We should not expect cohesion or a system from him, there are so many different Rilkes.

The living Rilke is not always so wise or pleasant, but that is not necessary either: ‘Question: can a snob be a spiritual teacher? Answer: yes, a snob can be a spiritual master.” And Rilke is a snob. He is an erotomaniac.

He rejects the close love in favor of something like ‘dispossessed love’, a choice in which Oegema cannot or will not follow.

Thus, this whole book is an interesting quest for what someone who would like to ask questions like ‘how should I live’ – and that is a good question, albeit naive and difficult to answer – might learn from Rilke, or at least from a ‘ guru-like artist’. In doing so, Oegema sometimes uses fairly spiritual language that is not always pleasant to read, but he also knows that himself: ‘in spiritual matters the irritation limit is quickly reached.’ Then you laugh as a reader, because you have been understood by your teacher and then the irritation is gone again.