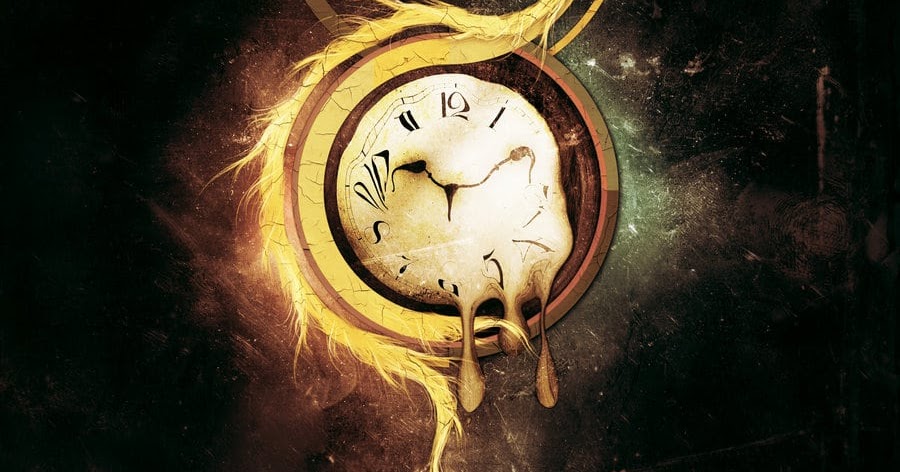 Not Miles Davis nor Sinead O’Connor

Amsterdam, April 25th 2021— Fling your arms wide to represent the whole history of evolution from the origin of life at your left fingertip to the present day at your right fingertip.

All the way across your midline to well past your right shoulder, life consists of nothing but bacteria.

Animal life begins to flower somewhere around your right elbow.

The dinosaurs originate in the middle of your right palm, and go extinct at your last finger joint.

The whole story of Homo sapiens and our predecessor Homo erectus is contained in the thickness of one nail-clipping. As for recorded history; as for babylon, as for the Assyrian who came down like a wolf on the fold, as for the Jewish patriarchs, the legions of Rome, the Christian Fathers, the dynasties of Pharaohs, the Laws of the Medes and Persians which never change; as for Troy and the Greeks; as for Napoleon and Hitler, the Beatles and the Spice Girls, they and everyone that knew them are blown away in the dust from one light stroke of a nail-file.

If I had been a historian, I would have told stories of how different peoples have perceived time.

Of how some cultures see it as cyclical, others as linear, and how this influences their whole attitude to life.

Of how the Islamic calendar is based upon the lunar cycle, where ours is annual.

Of how clocks used to be made, in the days before before Galileo used his own heart as a clock to work out the Law of the Pendulum, and engineer perfected escapements.

I would have added that the Chinese had an escapement clock, driven by water, as early as the tenth century AD.

I would have remarked how the calibration of Egyptian water clocks had to be different at different times of year, because the Egyptian hour was defined as one twelfth of the time between dawn and dusk – so one summer hour was longer than one winter hour. Richard Gregory, from whom I learned this singular fact, remarks, mildly, that ‘this must have given the Egyptians a rather different sense of time from ours . . .’

To the obvious questions, what happened before the Big Bang, the answer – or so physicists try in vain to persuade us – is that it is simply an illegitimate question.

The word ‘before’ can no more be applied to the Big Bang than you can walk north from the North Pole.

If I had been a physicist, I would have tried to explain that, in a vehicle travelling at an appreciable fraction of the speed of light, time itself slows down – as perceived from outside the vehicle, though not within it.

If you travelled through space at such prodigious speeds you could return to Earth five hundred years into the future, having yourself scarcely aged at all. This is not some therapeutic effect of high-speed travel upon the human constitution.

It is an effect upon time itself.

Contrary to Newtonian cosmology, time is not absolute. Some physicists are even prepared to contemplate true time travel, going backwards in time – which I suppose must be any historian’s dream. I find it almost comical that one of the main arguments against this is the element of paradox.

Suppose you killed your own great-grandmother!* Science-fiction writers have responded by giving their time travellers a rigid code of conduct.

Every time-traveller must swear an oath not to mess about with history. Somehow one feels that nature herself must erect stronger barriers than fickle human laws and conventions.

*You could do something far less drastic to change the course of history such that you would never be born.

A sneeze would do it, given the prior improbability that any particular one out of billions of spermatozoa would succeed in fertilizing an egg.

If I had been a physicist, I would also have considered the symmetry or asymmetry of time. How deep is the distinction between a process running forwards in time and one running backwards?

How fundamental is the difference between a film running backwards or forwards?

The laws of thermodynamics seem to provide an asymmetry.

Famously, you can’t unscramble an egg; and a shattered glass does not spontaneously reassemble itself.

No, for the law of increasing entropy applies only to closed systems, and life is an open system, driven upstream by energy from outside.

But evolutionists, too, have their own version of the question whether time has an arrow of direction.

Well, I may not be a physicist but I am an evolutionary biologist, and you had better not get me started on that fascinating question. One of the things that any speaker can do with time is run out of it. The important business of the evening is to look at this exhibition ‘About Time’.

I was privileged to be shown around it yesterday, and I can tell you it is fascinating – in all sorts of ways. It gives me very great pleasure to declare the exhibition open.

In 1995 Richard Dawkins became the first holder of the Charles Simonyi Chair of the Public Understanding of Science at Oxford University. He is the bestselling author of THE SELFISH GENE, THE BLIND WATCHMAKER (Penguin, 1988) and CLIMBING MOUNT IMPROBABLE (Penguin, 1996).