Nick and I And Humanity

Nick and I And Humanity 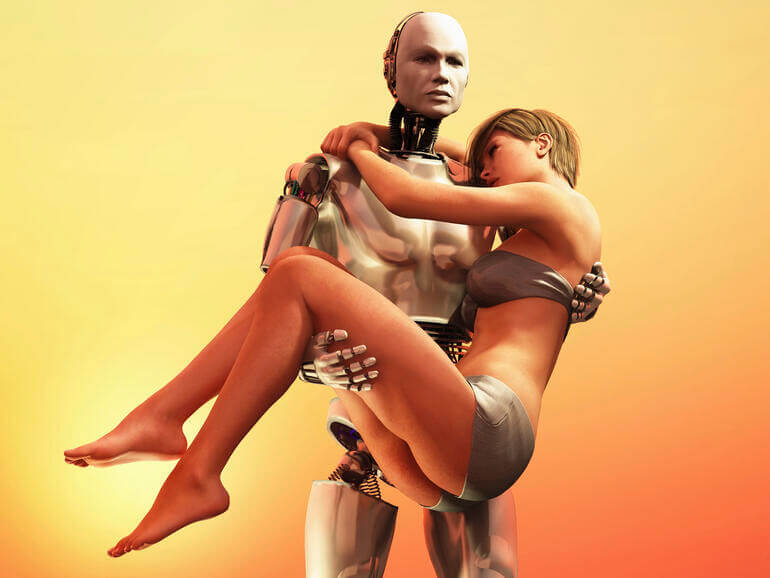 Amsterdam, August 11, 2021–I taught Nick about a theory from historian Jacob Burckhardt, which states that as a society’s material conditions become more complex, its social relations become coarser. Perhaps you could even say, I thought aloud, that the more complicated technology gets, the simpler humans become.

“Just think, Nick: I used to know all the phone numbers of girlfriends by heart, nowadays I know zero, because I no longer have to train that memory particle – they are all in my phone anyway. Before I wanted to have a chance at a relationship, I had to dare to speak to an attractive person in the bar or supermarket, now I wait for someone to swipe my photo in the right direction.

In the past, if I was lost, I had to ask a stranger on the street for help, now I rely blindly on my GPS.” Since I paid for him anyway, I forced Nick to continue listening to examples of how modern technology can influence and change our behavior. The contraceptive pill led to freer sex, the washing machine to more free time.

The plane made us citizens of the world, the language suggestion option in mail programs like Gmail makes language a commonplace – one with a striking number of exclamation marks: „Great, thanks! Looking forward!” It seemed plausible to me that Nick and his ilk would influence our behavior once again and profoundly. But how? “Suppose, eh, Nick, in the future you looked a little less like a corpse—yes, sorry, and a little more like a human. Suppose you whispered sweet or exciting things to me and became more attractive to me than in your current role as an oversized dildo, and suppose someone like me would trade my living bed partner for someone like you as a result.

What would we humans teach or unlearn about love and intimacy?”

As I put my coat and boots back on – our time together was almost over – I suggested things like dealing with the discomfort that human partners tend to become more unattractive or moody over the years, training ourselves in awkward communication about various intimate wishes, and dealing with the risk of rejection.

In other words, I was referring to all those things that make human love and lust so complicated and vulnerable – and so wonderful. Nick looked after me in silence and said nothing more.

AntonFoek met with David Levy in Maastricht, London and New York for a documentary