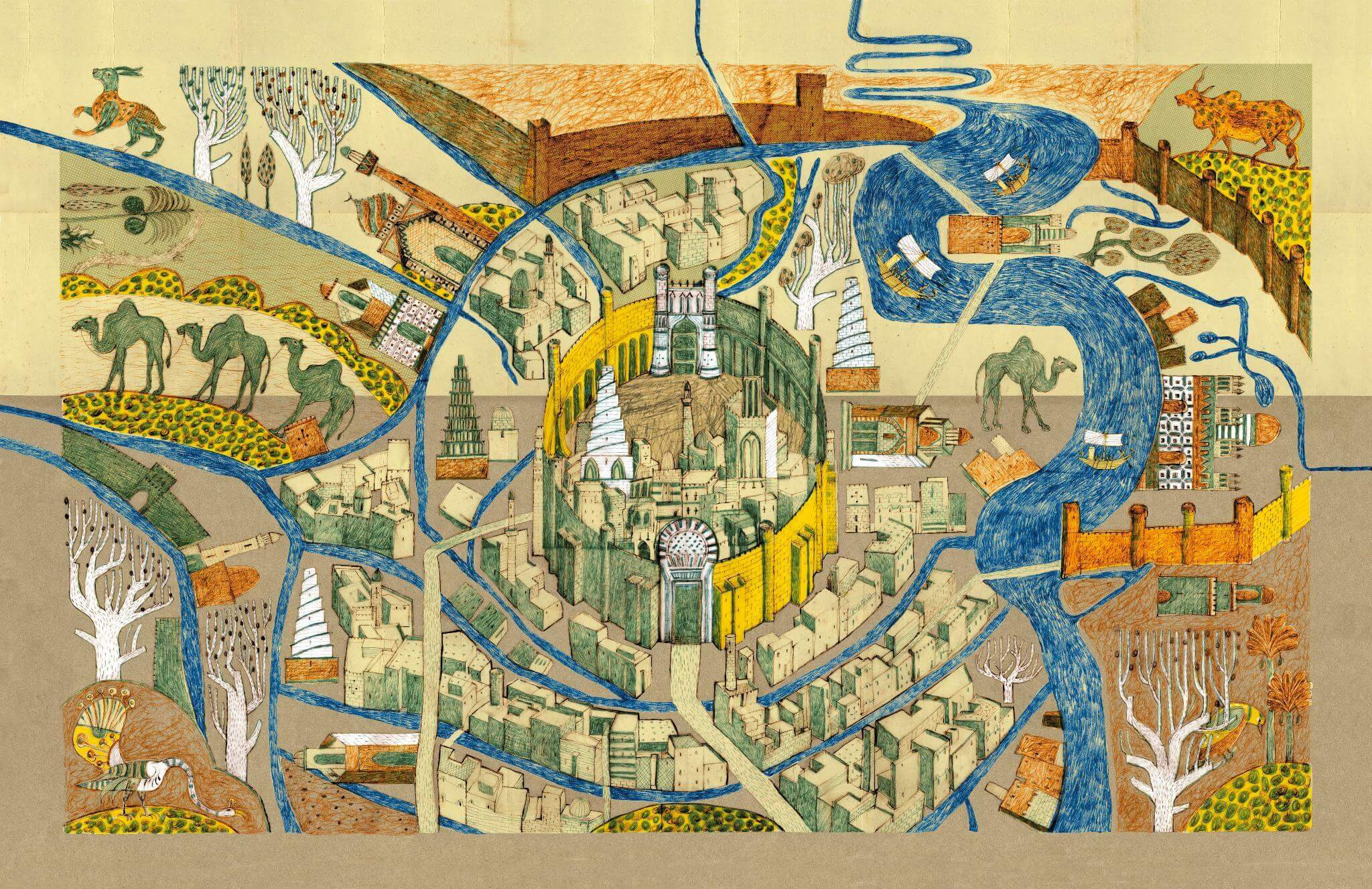 Perhaps you’d like to take some time to read and refuel on geo-political issues, [in other words] the relationships in the world. If so, allow me to introduce Peter Frankopan’s “The New Silk Roads”.

I’d strongly recommend however to put on your seat belts and check your air bags. Reading that book I felt as if I was being blown off my seat by the incredible energy and unbridled optimism in the countries ‘East of the Mediterranean and the Pacific,’ Frankopan, described beautifully and poeticly.

Always the center of the world, due to the simple fact that most of the earth’s inhabitants live on this piece of land. Trade through the ages, from East to West and vice versa, enriching everyone.

China was temporarily overthrown from the throne by the great powers in the West with England at the forefront, for example by the Opium Wars and the consequences of the Industrial Revolution.

Now, 200 years later, the Boys from Beijing are back in town and history is resuming. “In 2017, Chinese tourists spent more than $ 250 billion a year, more than double that of American tourists”. And just imagine: currently only 5 percent of the billions of Chinese have a passport.

In the “Regional Economic Cooperation Agreement,” signed in October 2020, the countries of Southeast Asia, China and arch-rival India, South Korea, Japan, plus Australia and New Zealand want to enable freer trade between their countries. Together they represent 30 percent of the world’s GDP and 3.5 billion people. Kazakhstan will increase oil exports to neighboring Uzbekistan tenfold. Trade between Uzbekistan and Tajikistan increased twentyfold between 2014 and 2018. TANAP is a gas pipeline between Azerbaijan and Southeastern Europe. Russia, Iran, Turkmenistan, Kazakhstan and Azerbaijan after decades of negotiations, have agreed on the legal status of the Caspian Sea.

That paves a great way for gas and oil exports. “One collaboration after another rolls off the pages.

A “Silk Visa” for Central Asia. The “Lapis Lazuli Corridor” to connect Afghanistan, Turkmenistan, Azerbaijan, Georgia and Turkey by railways and highways.

So? Well, so what ?? There you ask me something. While we in Europe are turned inward, more or less torn by conflicts over European cooperation,  eardefening blah-blah-blah,immigration, the euro, Covid 19, and in the US: immigration, trade freedom, discrimination and class struggle, these poor countries have no time at all. “It is striking that the West is in danger of becoming less and less relevant, as new alliances are made and old ones are brought to life.”

Frankopan calls the region between Europe and China the central nervous system of the world. It has been and is becoming dominant again, through mineral wealth and population numbers. China and is creeping closer to Russia. Xi said in 2017 that he gets along very well with Putin, and that relations between the two countries are “better than ever.” China’s participation in the Russian Vostok-18 army exercises in 2018 was on a much larger scale than in previous episodes.

And I will never forget the comment from one of the Balkan countries, which called China the brother people after a relief effort, where Europe looked the other way.

To the military exercises organized by the ‘Shanghai Cooperation Organization,’ held in 2018 in the Urals near Chelyabinsk, China, Russia, India and Pakistan took part for the first time.

Frankopan cites criticism of China’s “Belt and Road” Initiative, the most visible form of the new Silk Roads. It’s neo-colonial, it promises more than it can offer, it’s incoherent. But it does exist, and the amounts with which China sprinkles are colossal. For example, the “China-Pakistan Economic Corridor” is the flag that covers a number of investments worth $ 60 billion.

Among other things, an ocean port in Gwadar, in southern Pakistan, as well as investments in roads and power plants. What you get stuck with, once you put the book aside is a feeling of inevitable impotence. Of a liberating abundance of information that  stresses one out at the same time.

These countries, from Turkey through the Central European countries, including Pakistan and Southeast Asia to finally China, have so many common interests, so many natural resources, and so much hunger to perform and raw energy – that this will inevtiably become the new power center of the world.

So much hunger for power and dominance that we in Europe better take it into account and learn Chinese quickly.

And of course especially with the question about the gruesome and horrible fate of the Uyghurs [about which I published in The Washington Times about 15 years ago – heavens: Time Really Flies, the application of technological skills to keep unprecedented track of us all, the immensely large-scale corporate espionage [which Bloomberg News has published a fantastic piece about –  for heaven’s sake watch your back ASML in Eindhoven ], Tibet, Taiwan and so on. Did I mention Hong Kong, the conflict zones around the Chinese Sea?

A few years before his death in 1998, I was privileged and able to listen how the French philosopher Jean-Francois Lyotard said and explained how developments of human rights might be the last weapon of Europe and the US in the fight against repression, oppression and violation of human rights in China. It is worth your time to keep that observation in account.

As far as I am concerned this message does not really catch on in China and could be further elaborated.